Escaped zebra cobra in Raleigh was captured with glue traps: What happens next? Escaped Raleigh cobra caught and removed but what now?

RALEIGH, N.C. (WTVD) -- Raleigh's venomous snake saga is over, but what happens now?

The missing zebra cobra that, for days, had a northwest Raleigh neighborhood stepping lightly with their heads on a swivel was safely captured Wednesday night, but authorities have yet to reveal what, if any charges are pending in the case.

Police haven't released details on the snake's new whereabouts, only saying: "The snake is safely contained and cared for in an appropriate facility."

The snake was found in the same neighborhood from which is escaped. Law enforcement and animal control officers cornered the snake Wednesday and eventually captured it in a red bucket.

ABC11 tried getting comment from the snake's owner, Christopher Gifford, at his parent's home where he lives, but was asked to leave the property.

Raleigh Police focused their investigation at that home and in the adjacent Brittany Woods neighborhood Tuesday, the day after someone called 911 reporting they had seen the venomous snake outside a home on Sandringham Drive.

Pet Alert: As dogs roam the yards, snakes may be lurking

"I'm really really happy, and I feel much safer, and I feel like I can now go outside and go on my deck and walk," neighbor Joan Nelson said.

Gifford was hospitalized by a snake bite in April, according to our newsgathering partners at the News & Observer.

Gifford posted on Facebook in April describing himself as having been bitten by his own West African Green Mamba. Antivenom from Riverbanks Zoo and Garden in South Carolina had to be rushed to the local hospital in order to save Gifford's life.

Gifford has a large social media presence, particularly on TikTok, where he often handles exotic reptiles, promotes their beauty and advocates for their protection.

Raleigh police said on Thursday that it worked with outside resources to secure the other exotic venomous reptiles that were found in his home.

"I felt like the animal was going to be captured," said Phil Bradley, the head of Reptiles and Amphibians and Ambassador Animals for the NC Museum of Natural Sciences. "I am surprised it was captured this quickly."

Bradley said he had a debriefing call with the experts who captured the snake Wednesday night and that the snake is with an agent of the state, holding onto the animal for the City of Raleigh if and until any legal decisions are made.

"In this case, they used and utilized glue traps which might sound to the average person strange, even potentially inhumane, but it was actually a very smart method of acquiring this animal," Bradley said. "Because of that danger when you get close to it, when you're trying to hold it, it might spit, or worse than that, it might go back under the house and lodge itself in a wall and be an issue for a long time."

Bradley said after the snake adhered to the glue board, experts moved in to restrain it, cut away the excess glue trap, and then once safely offsite, apply mineral oil to release the snake from the trap.

In North Carolina, it is legal to own exotic venomous snakes, but there are multiple stipulations.

According to Article 55, an owner must know and have labeled each of its species, know the proper antivenin that would be required for it, have a bite and escape plan, and if an escape does happen- the owner must notify law enforcement immediately.

"It was originally written to deal with snake handling- religious snake handling that was happening outside of the churches on public squares," Bradley said of the statute that has evolved over time to address the increase of ownership for other purposes.

A self-proclaimed reptile lover, Bradley said he was disappointed when he first learned of the zebra cobra's escape.

Though his first concern was for human safety, he is also hoping this incident doesn't lead to further stigmatization of people who responsibly keep venomous animals.

"There are a number of ethical venomous keepers in this state," he said. "You will likely never hear about them because they don't post their animals or what they do with them on social media. They're not looking for attention, they just truly love the species." 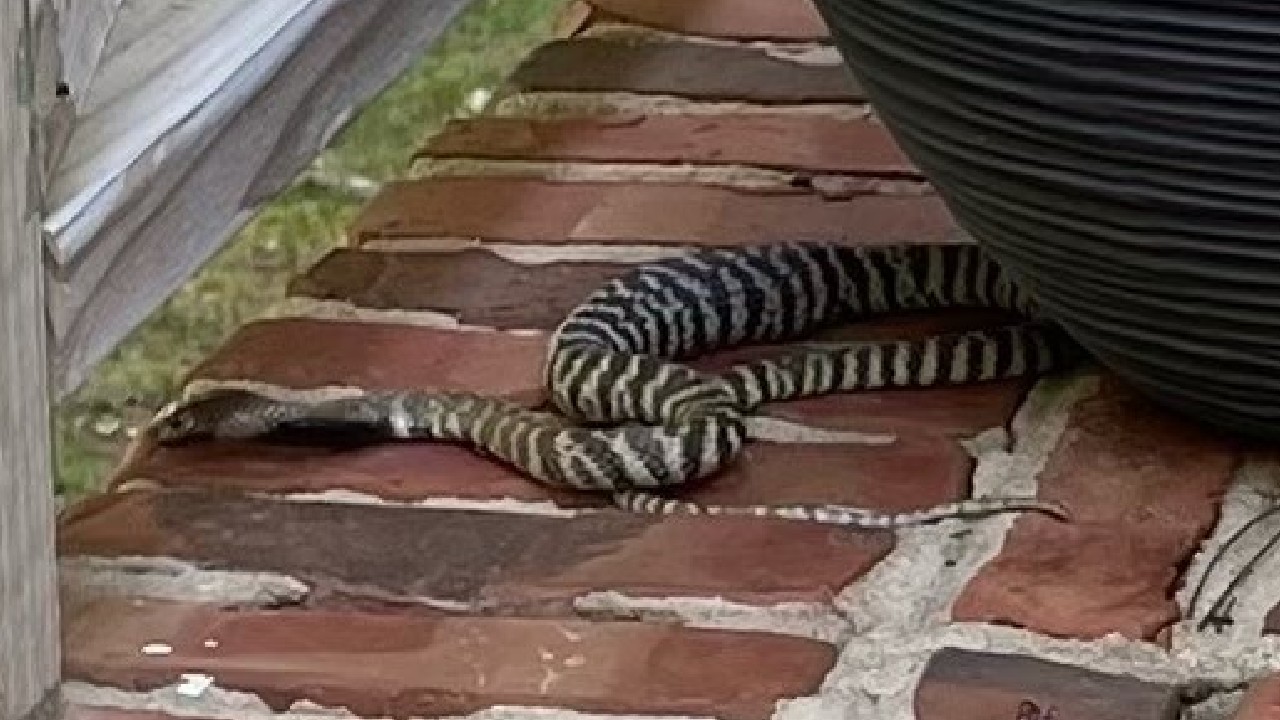 Raleigh Police said they first learned of the escaped snake Monday evening from a 911 call in the Brittany Woods neighborhood near Lynn and Leesville roads. The call was not from the owner of the snake, but rather someone who spotted it near his home.

The snake is native to deserts and drier areas in southern Africa. The snake is highly venomous and will bite or spit if cornered. Experts say the snake can spit its venom as far as 9 feet.

NC State Professor of Aquatic, Wildlife, and Zoological Medicine Greg Lewbart said the snake's venom can cause blindness, tissue damage and even death. He said it's most dangerous to small children, cats and dogs.

Owning a venomous snake is legal in North Carolina. However, the owner must follow several guidelines--such as having an escape-proof cage and alerting law enforcement immediately if an escape does occur.