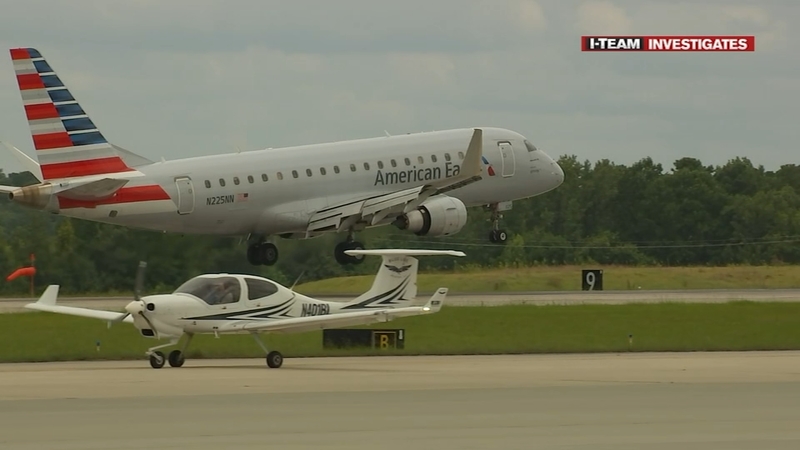 MORRISVILLE, N.C. (WTVD) -- Raleigh-Durham International Airport has a flight path for the future, and it comes with a price north of $250 million.

"Runways are the heart of what we do," Bill Sandifer, the airport's Chief Operating Officer, told ABC11. "Without them, we don't have an airport."

The airport's longest runway, 5L-23R, was first built in 1986, and according to aviation officials, it's nearing the end of its life.

"The structure starts to degrade. It starts to crack and crumble. You don't want that sucked up by an engine," Sandifer said. "Whether somebody flies or not, that runway is critical to the economy of North Carolina because your family and friends come to see you, you buy something from Amazon and it gets flown in, there's a heart transplant patient that gets an organ brought into the community. It really provides that global connectivity."

Indeed, the runway is operational and safe right now, but officials within the airport authority and in local and state governments are hoping a new and improved runway follows the trends of an economic take-off of the region with the likes of Apple coming to town.

"What it means for the future is it provides a new runway in a new location that gives the facility the ability to facilitate long term demand for aviation in North Carolina."

That includes the long-sought nonstop flight to Asia, perhaps with an American or Chinese carrier. Like long-haul flights to Europe, that route will require a plane that's heavy on passengers, freight and fuel. The runway proposal, moreover, envisions an extension of the runway from 10,000 to 11,500 feet.

Unlike local construction projects, airfields fall predominantly under the auspices of the Federal Aviation Administration and the U.S. Department of Transportation. It's the FAA, ultimately, who must give RDU the all-clear for the new runway project to take off.

The first step in that process is an Environmental Assessment, which empowers North Carolinians to share their thoughts and concerns with officials on everything from air quality to noise, biology to climatology.

Or by email to RDUEA@landrumbrown.com

The blueprints of the runway show a potential impact on Lumley Road, plus the removal of hundreds, if not thousands, of trees. The runway, however, is unrelated to and unaffected by the recent controversy surrounding the airport and nearby Umstead State Park.

"We are sensitive to the needs of the community from an environmental perspective," Sandifer said. "We're here to listen, we're evaluating those impacts, and being transparent in what we do. We'll mitigate them to the best possible extent."