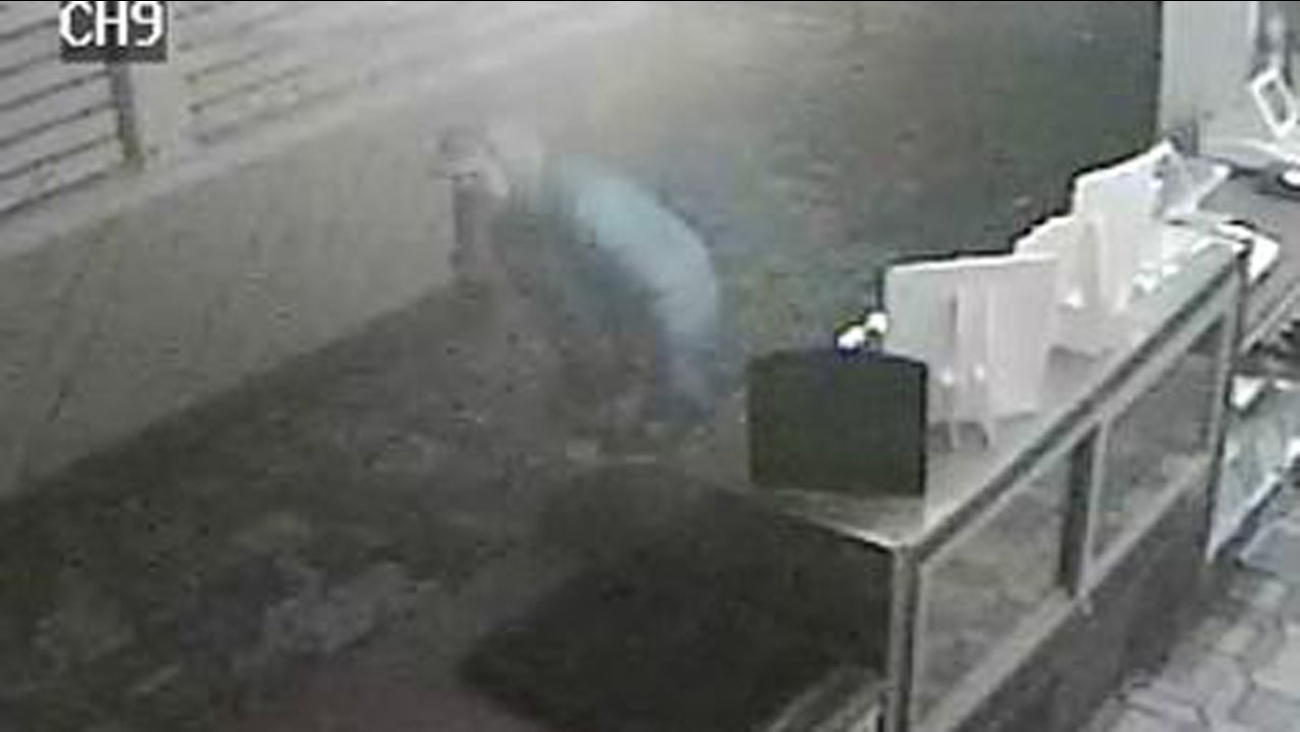 FAYETTEVILLE (WTVD) -- Three restaurants have been broken into over last two weeks, and Fayetteville police say the incidents are connected.

Schlotzsky's Deli was one of the restaurants targeted. It is located at 131 N. McPherson Church Road. Authorities say an unknown suspect cut an opening into a rear door of the restaurant using a torch. This happened on December 26 around 3 a.m.

The suspect fled once the alarm was triggered.

Police say Fazoli's, located at 358 N. McPherson Church Road, was targeted twice. The first burglary happened on Christmas Day and the second happened on New Year's Day. Both times, the burglar used a torch to cut an opening through the roof.

Police say the suspect stole an undetermined amount of money once he was through his makeshift entrance.

Surveillance images from the Fazoli's break-in show a white male wearing a blue/green outer jacket with a grey hooded sweatshirt pulled over his head. It also shows him wearing a tan hat, black gloves, and blue jeans.

Detectives are investigating the similarities in all three crimes. They ask the public for help identifying the person seen below.

Anyone with information regarding the business burglaries or identity of the suspect(s) is asked to contact Detective D. Kocher at (910) 703-0576 or Crimestoppers at (910) 483-TIPS (8477). Crimestoppers information can also be submitted electronically, by visiting http://fay-nccrimestoppers.org and completing the anonymous online tip sheet or by text-a-tip on your mobile device by sending a message to 274637 (in the text box type "4Tip" followed by your message).