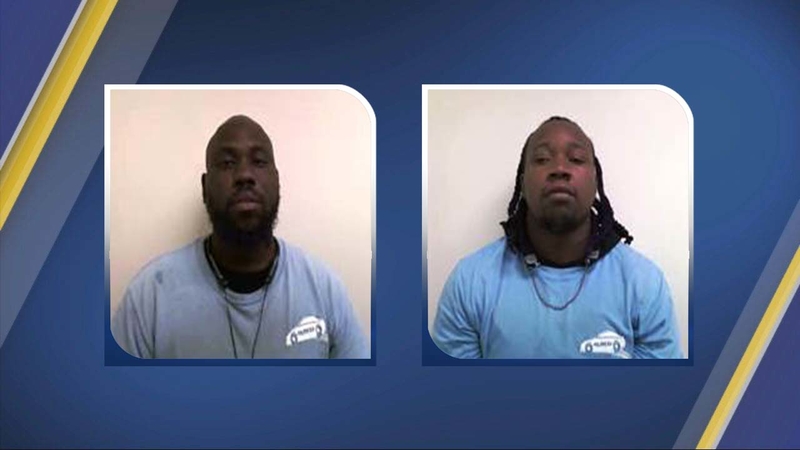 Officials said it happened around 2 a.m. in the 5000 block of Lucas Farm Lane off New Hope Church Road and Old NC 86.

According to the sheriff's office, David Laudicina awoke in the middle of the night after hearing his wife, Rebecca, screaming as she was being attacked by two men.

Criminals invaded this home of an Orange County couple early this morning. The husband woke up to his wife screaming and 2 men attacking her. He was shot in the hand when he went to her assistance. #ABC11 pic.twitter.com/s4w7HkGsWc

When he went to help her, the men started attacking him and demanding money.

Deputies said the men entered the home through the back door.

The couple told authorities that one man carried a backpack and the other had a handgun.

Investigators collected blood and DNA samples at the scene.

The sheriff's office said it appears the men did not take anything from the home.

The couple was taken to UNC hospital for their injuries. David Laudicina is being treated for a gunshot wound to the hand.

Neil Infante, a neighbor, said he awoke Friday morning to the sound of deputies banging on his door -- to tell him what happened.

"He said they were roughed up. Those were basically his words," Infante said. "We're a little bit nervous that something could happen here as well."

The Sheriff's Office is offering a $2,500 cash reward for information leading to the arrest and conviction of the suspects.

"It was sad to hear that it was their home," Infante said. "Those people were injured, it bothered us quite a bit."