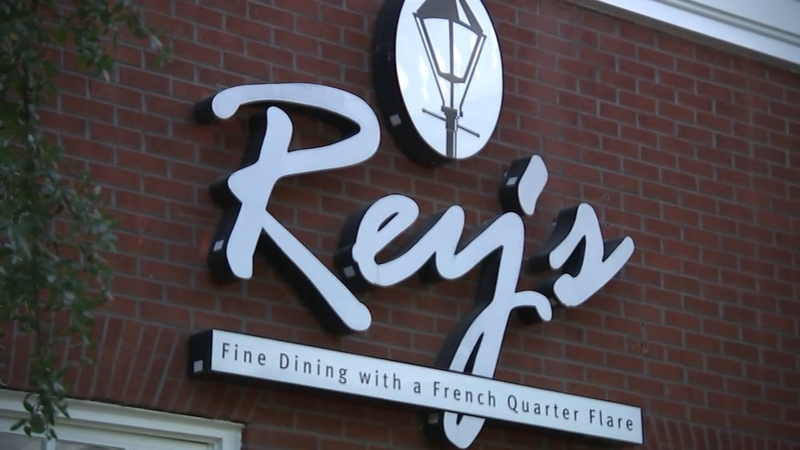 "When people come in, I know at least 50 or 60 percent of the current clients that are coming in, and then the ones I don't know, I get to know them," said Arias.

Rey and his wife Cecilia have built their popular steakhouse through hard work. Rey is from Cuba. Cecilia is from Mexico. The restaurant business hasn't always been easy.

"I'm very thankful to everybody who's helped us to survive," said Cecilia Arias. "Because we had tough times and a lot of people helped us."

The restaurant business is in Rey's blood. He started working in New Orleans restaurants at the age of 15, shortly after arriving from Cuba.

He went on to work at Ruth's Chris, where helped open new locations around the world. That job brought him to Cary.

When Ruth's Chris moved away from the location on Buck Jones Rd., Rey decided to stay put and open his own place.

"We try not to cut any corners with the quality," said Arias. "We make sure that we are providing you with a fine dining experience at a great value."

Rey creates everything on the menu and Lupe Becerra works the magic in the kitchen as the chef de cuisine.

Becerra started at Rey's at the age of 17. Now, she's a part-owner of the restaurant.

Rey's has been a path to a new life for her family.

It's a team effort, Becerra's mom, two sisters and a cousin all work in the kitchen. The team at Rey's has created something special.

Years of awards and accolades decorate the walls of the restaurant showing Rey's recipe for success.

"It's not like you're just coming into a restaurant, you're coming into Rey and Cecilia's home," said Steve Zaytoun, a regular at Rey's.

"He brought his Cuban heritage, his New Orleans cuisine and he made it a place that people are just comfortable here."

Rey and Cecilia Arias are grateful for their success and they show it through their support of many local charities.

"God has blessed me and I like to give a little bit of the blessings back to the community," said Arias.

As an immigrant, Arias shares two bits of advice with other newcomers to America. He encourages them to learn English quickly and to work hard.

"This is the greatest country in the world as long as you're willing to earn it. God bless America."