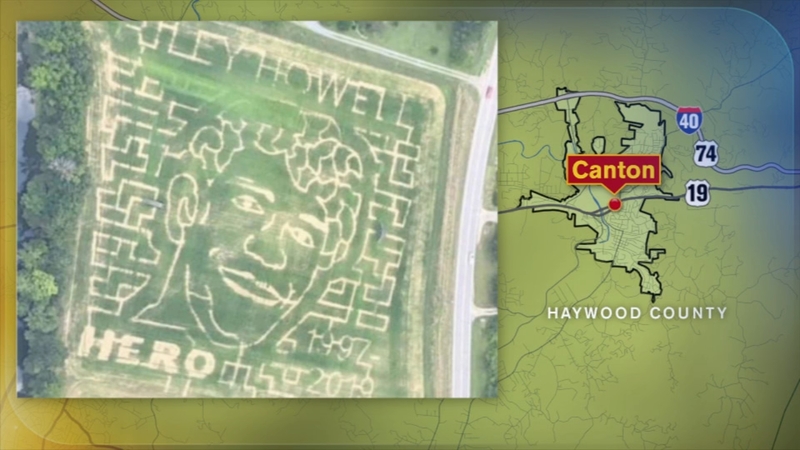 CANTON, N.C. (WTVD) -- One small town is honoring a young man widely recognized as a hero in the UNC Charlotte shooting.

Riley Howell, an ROTC cadet,sacrificed his life while trying to take out the gunman in the on-campus shooting last spring.

The Cold Mountain Corn Maze in Canton has designed a maze with an image of Riley's face and the word 'HERO' ingrained in the field. Howell tried to tackle gunman Trystan Terrell, likely saving lives and helping police capture Terrell.

"He's kinda like a local hometown hero," owner of Cold Mountain Corn Maize Skipper Russell told WSOC. "If he didn't do what he'd done, there's no telling how many people might have lost their life. So, he gave his life to save a bunch of them."

Howell, 21, of Waynesville, and Reed Parlier, 19, of Midland, were killed when Terrell opened fire into a UNCC classroom on April 30. Terrell pled guilty last week to murder and was sentenced to two life sentences without parole.

Howell, from Haywood County, was laid to rest with full military honors.

The maze will be open through October.