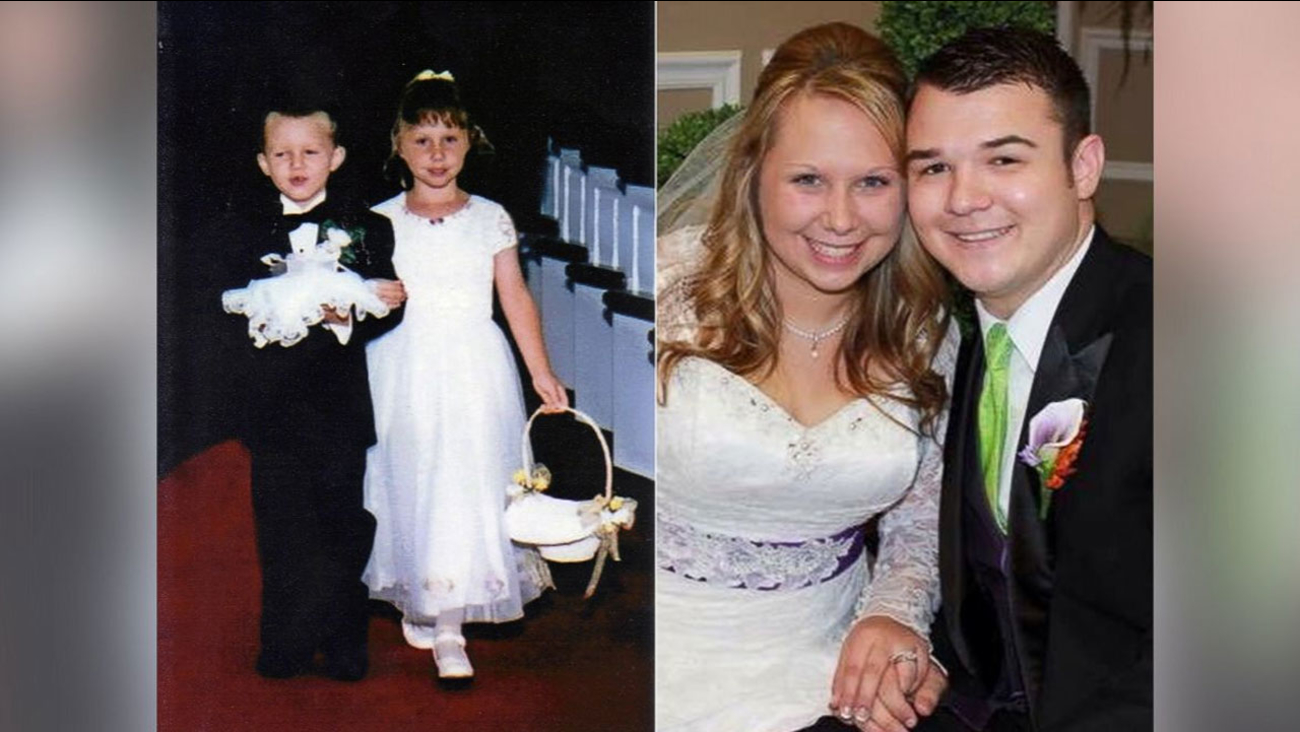 SOUTH GASTONIA, N.C. -- A North Carolina couple who were paired as flower girl and ring bearer in a wedding 17 years ago ironically walked down the same aisle on Sept. 19 -- only this time, it was as bride and groom.

"We are all in shock as to all the attention that this is getting," Adrian Franklin of Gastonia, N.C., told ABC News. "There was a picture that my mom posted on Facebook and we're glad that it's good news going out and not bad.

He added: "Every time our paths would go separate ways, we'd reconnect."

Franklin said that he and his wife Brooke met in church as grade school students before walking in their parents' friends' wedding.

"I had a crush on him from the start," Brooke Franklin said. "He absolutely could not stand me. He said 'I got on his nerves.' I'd tried to play with him at school and at church and he just didn't want much to do with me at all."

In high school, Adrian said he had a change of heart and asked Brooke to be his girlfriend.

"We would draw with our finger on each other's backs and guess what the other person was writing," he said. "I wrote 'Will you be my girlfriend' and she guessed it, but didn't answer me. I said 'Well Brooke, are you going to say anything?' and she said 'Well you didn't write a question mark.'"

"Before our wedding day I had a sign made that said 'Will you marry me' but I cut the question mark out," Adrian added. "I asked her to marry me and I said, 'Here's your question mark.'"

Two weeks ago, the couple married at South Gastonia Church of God -- the same church where they walked together in a bridal party as five-year-old classmates.

Among their 300-plus guests was the bride from the original wedding.

"We forgot that we were in the wedding together and she brought the photos to us," Brooke said. "She just thought that was the neatest thing. She was really excited."

The Franklins said they have photos from both ceremonies displayed in their home.

They also said they hope to share the photos with the future children someday.