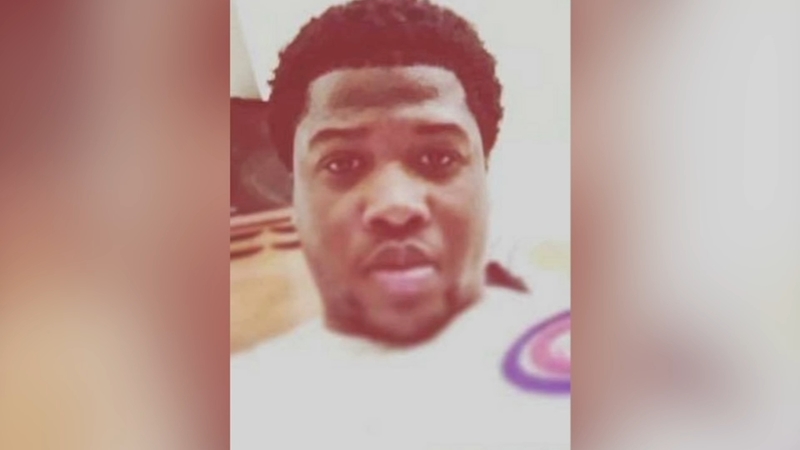 ROBBINS, Ill. -- A 26-year-old bouncer at a nightclub in Robbins, Illinois, was fatally shot by an Illinois police officer and now his family has filed a federal lawsuit.

Around 4 a.m. on Nov. 1, police responded to a call about several shots fired inside and outside Manny's Blue Room in the 2900 block of South Claire Boulevard.

Midlothian Police Department said one of its officers, who was called to assist Robbins police, fatally shot bouncer Jemel Roberson after entering the bar and seeing him holding a gun.

However, eyewitnesses said Roberson had just taken down a shooter inside of the club.

"Jemel was trying to save people's lives," said attorney Greg Kulis. "He was working security. A shooting had just taken place inside the establishment. So he was doing his job and holding onto somebody until somebody arrived. And a police officer, it's our feeling didn't make the proper assessment and fired and killed Jemel."

Authorities said four other people who were shot sustain non-life-threatening injuries. The sheriff's office also said at least one of wounded was considered to be a shooter, who is now in custody.

Officials believe the shootings started with an argument inside a bar.

"Upon arrival officers learned there were several gunshot victims inside the bar," Midlothian police Chief Dan Delaney said. "A Midlothian Officer encountered a subject with a gun and was involved in an officer-involved shooting. The subject the Officer shot was later pronounced deceased at an area hospital"

Roberson's family filed a federal lawsuit on Monday, calling the shooting "unprovoked" and "unjustified." The complaint said that Roberson had "apprehended one of the perpetrators outside the bar."

"The police officer just saw a black man," his Candace Ousley said. "I believe if he was indeed white, he'd be alive."

The officer, a four-year veteran, was placed on administrative leave.

Roberson was an organist at New Spiritual Light Baptist Church in Chicago.

"How in the world does the security guard get shot by police?" asked the church's pastor, Walter Turner. "A young man that was literally doing his job and now he's gone."

Those who knew Roberson described him as a man of God who shared his musical talents at several churches around the city, last rehearsing at this South Shore church on Thursday.

"He said, 'Ma and pops, I'll see you all Sunday and I jokingly said, 'You better make sure you're on time for morning worship. He said, 'I'll be there pops. I'll see you then,'" Turner said.

Because this is a police-involved shooting, the Illinois State Police is now in charge of that part of the investigation.

While the Cook County Sheriff's office is now assisting with the overall criminal investigation.

Truck turns over on I-580 in Pleasanton.