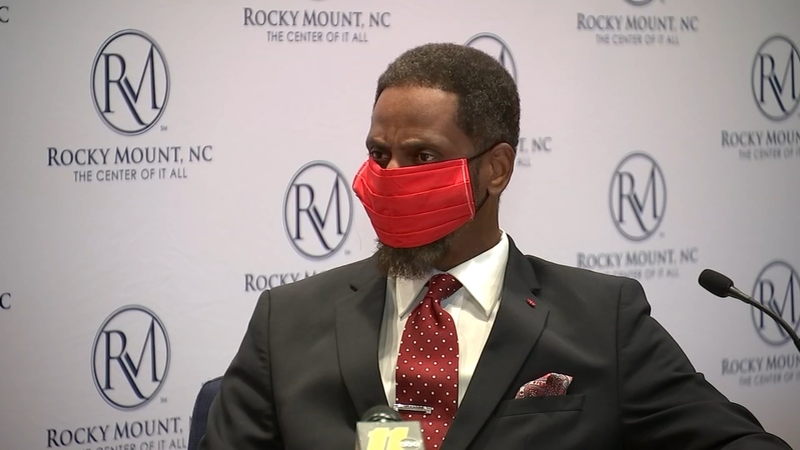 He's accused of not paying for nearly $48,000 in utility services, with multiple city officials preventing the collection of that money.

"I have never stolen," he said. "I have never taken. I never asked for preferential treatment. I have always fought and worked hard."

He's accused of not paying for nearly $48,000 in utility services, with multiple city officials preventing the collection of that money.

"There is evidence that $47,704 in his utility bills were written off," North Carolina State Auditor Beth Wood said. "There are emails between the former city manager and the finance officer saying, 'take this out of the hands of the utility business division and we are going to start handling this,' for this particular, which is totally uncommon in the practice of the city."

"That's a lie and I challenge that," Knight said. "I have proof, just like she do, that my bills have been paid."

Mayor Sandy Roberson asked Knight to pay back the utility bills and called on him to step down from his position. ABC11 asked Knight if he'll do that.

"No, I have no reason," Knight said. "In the audit, my name is not mentioned. In the audit, there is no criminal activity, and I plan to serve my constituents."

The audit mentions other misconduct in the city, including that the city manager spent nearly $1,600 in unallowable travel expenses and that the engineering division didn't comply with the city's code of ordinances, which could cost the city $31,000.

"That's an attempt to break the black majority in this city we have fought very hard for," Knight said.

"If you can't prove wrong, you must distract, you must distract the citizens of Rocky Mount and that's all this racial motivation conversation is about, is trying to distract people from what the true findings of the report are," Wood said.