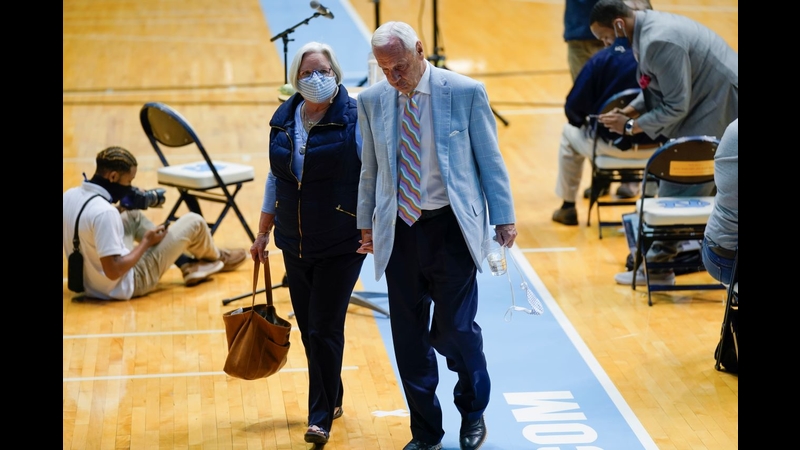 Mark Armstrong reflects on the legacy of Roy Williams

CHAPEL HILL, N.C. (WTVD) -- I arrived at ABC11 as the new sports guy back in October 2004. Roy Williams had come home the season before. By spring of 2005, we were both in St. Louis and in the middle of a national championship celebration. I was covering it, he played a slightly more integral role.

If Marvin Williams' putback to complete the comeback vs Duke at the Smith Center was my first real baptism as a Triangle sportscaster, then that national title was the first time my eyes were really opened to just what a magical experience I would be in for during the next almost 17 years.

Roy Williams was an amazing coach to cover. There was never any subterfuge, never any hidden agendas or manipulations. He said what he felt, consequences be damned. That's to be admired. There aren't many people who remain exactly true to themselves and their upbringing once presented with the trappings of fame and fortune.

Roy did that. Roy embodied that.

I'll never forget covering his induction at the Naismith Hall of Fame back in 2007. In the middle of some media responsibilities, Roy decided he had a hankering for a milkshake, so with reporters and cameras in tow, he marched down to the McDonald's inside the building and got himself a milkshake.

His coaching speaks for itself. At their best, his teams played breathtaking basketball, overwhelming the opposition. There's always been the lingering notion, or resentment, that he was just the beneficiary of always having superior talent.

Even in the midst of his unparalleled 18-year run in Chapel Hill, there was always a segment of the UNC fan base that loved to second-guess his moves, or, in the case of timeouts, lack thereof. It's further testimony to his everyman persona. There was never any imperiousness with Roy. There was stubbornness certainly, but he never exuded "I'm better than you." But man, could he coach. Roy was certainly best with an experienced roster that had learned his system over a couple of years, but once they had, look out. The 2009 Tar Heels are among the finest teams to ever play college basketball for my money.

There was never any doubt how much Roy loved his players. His recurring nicknames are the stuff of legend: "tough little nut," "rascal."

In Roy's world, everything is an absolute, there are no half measures. Every compliment he'd give a player as "the most or the best of any player I've ever coached," whatever the trait was that was being discussed.

Williams, you could tell from the outside, adored the process of building players from the ground up once they arrived in Chapel Hill. Some arrived far more finished than others, but you could tell it was the ones who grew into themselves that gave him the greatest satisfaction. Watch the video of Marcus Paige's Senior Night speech and you'll see what I mean.

Most of all, Roy Williams adored the University of North Carolina. He adored his mentors, first Buddy Baldwin (his high school coach), then Dean Smith. He embraced and relished the responsibility of being the head basketball coach at his alma mater.