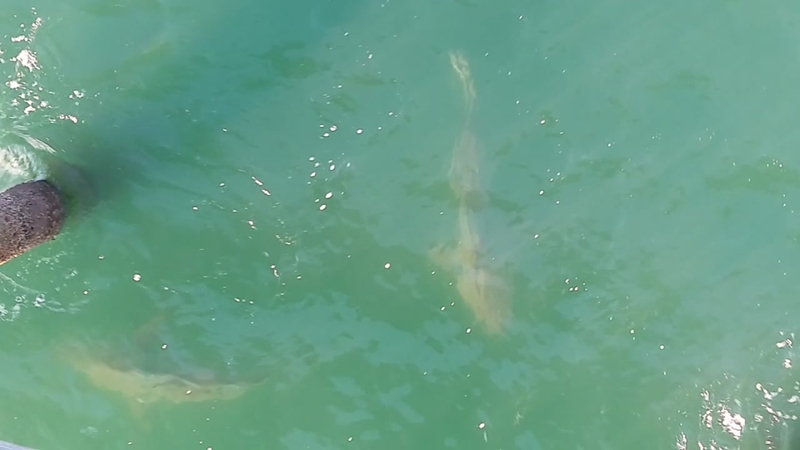 EMERALD ISLE, N.C. (WTVD) -- An ABC11 viewer sent in footage of a group of sharks circling a pier at Emerald Isle in June.

He said the sharks were at the Bogue Inlet Fishing Pier throughout the whole week he was there.

Earlier this month, Emerlad Isle banned shark chumming during daytime hours for the summer as a reaction to shark bites along the coast. The ban was put in place July 12 and lasts until Sept. 15. It applies to the beach and nearshore area along the town's beach strand along the ocean and Bogue Sound.

Two people were bitten in June by sharks. An 18-year-old male on vacation was bitten on the hand at Atlantic Beach on June 11.

Two weeks later, an 11-year-old boy was bitten at Fort Macon while surfing.

A tiger shark that's being tracked by a research group was spotted off the Outer Banks Friday night.

A tiger shark was spotted off NC's coast