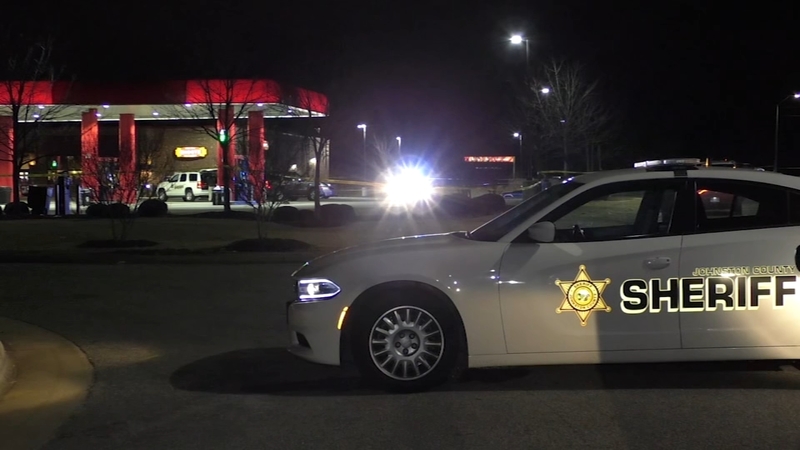 "This is something scary. I don't know if I feel so safe in this area I've been in for such a long time," she said.

The Johnston County Sheriff's Office pronounced a 21-year-old man dead at the Sheetz gas station along Cornwallis Road. The altercation started three miles away along Josephine Road in a Garner community.

They have identified the victim as Harley Alexander Shirley.

Lizard Lick Towing Reality TV star Ronnie Shirley confirmed in a Facebook post that the deceased victim is his son. In the post, he said the family will always cherish the times they had together.

"I heard a lot of gunshots like 20 rounds within a minute," he said. "So I came out, couldn't see much. It was dark. I heard screams so I went back in. I didn't want to see anything more."

A resident who didn't want to be identified told ABC11 that the shooting happened during a balloon release and vigil at a neighbor's house a few miles away from the Sheetz where Shirley was ultimately found dead.

"She real nice. Real sweet. I know she's all shaken up about that. I know she was," said the resident. "My brother and his wife stay across the street. I know they were shaken up. They are Christian people. You know what I'm saying?"

Authorities say a 20-year-old woman is being treated at a hospital.