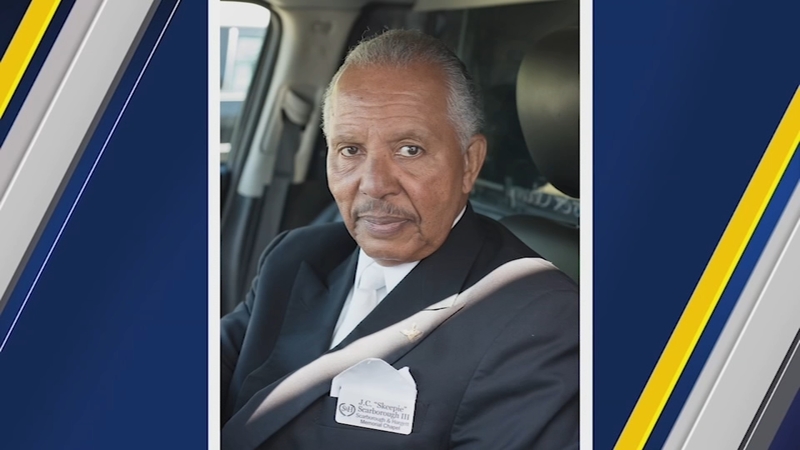 DURHAM, N.C. (WTVD) -- Durham is remembering its native son, John "Skeepie" Scarborough, who passed away at the age of 83.

Skeepie was a pioneering businessman as the fourth-generation owner and president of Scarborough and Hargett Celebration of Life Center.

The company formed in 1871. It's now one of the oldest Black businesses in Durham and the fifth oldest Black funeral home in the country.

Skeepie led the family business for nearly 60 years before his death.

"As they say in Africa 'when an elder dies, an entire library burns.' We can certainly say we feel that at this present time," said Andre Vann, a family friend of 30 years.

Vann also said Scarborough proudly talked about the richness of Durham's Black history, some of which he helped shape by serving on several national and local boards. In 1982, he was president of the National Funeral Directors and Morticians Association. Locally, he served on boards for the John Avery Boys and Girls Club, Durham YMCA, and the NCCU Foundation to name a few.

"A very privileged life that he enjoyed," Vann said. "And not just wealth-wise. But (he was) one who is always willing to take what he had and share with others and that for me is a role model."

Scarborough was a member of Kappa Alpha Psi fraternity and grew up in the historically Black Hayti community in Durham, where he was a lifelong member of the historic St. Josephs AME Church.

"He was certainly not one of the members who only sit in the pew. His voice was known. His concerns were certainly heard."

The cause of his death has not been released. Scarborough leaves behind a wife and two adult children. They are the fifth generation leading the family business.

Funeral arrangements have not been announced.

"We can all honor him by doing as he did - loving your profession, but also sharing your talents and skills with others and telling the next generation about their historical past," said Vann.

Congressman GK Butterfield released a statement, calling his friend a pillar in the community.

"A native of Durham, North Carolina, and fourth-generation member of the Scarborough family to lead the fifth oldest African-American funeral home in the United States; Durham has indeed suffered a great loss of a true pillar of the Durham community.
Continuing a strong family legacy in the legendary Scarborough and Hargett Funeral Home, John C. Scarborough III always stayed true to the funeral home motto 'A Dignified Service in a Sympathetic Way.' Skeepie and his beloved wife Queen took great pride in serving the African American community and providing an atmosphere of compassion and healing to those they served. In addition to his nearly 60 years of service in the family funeral home, Skeepie also continued his strong family legacy of breaking barriers and serving his community with dedication and compassion and many other ways.
As we mourn the loss of 'Skeepie' we can now return the favor as we honor and celebrate the life and legacy of this son of Durham. He will be dearly missed, but never forgotten. On behalf of the United States House of Representatives, we extend condolences to his beloved wife, Queen Marble Bass-Scarborough, and the entire Scarborough and Bass families."
Report a correction or typo
Related topics:
community & eventsdurhamobituarydurham county news
Copyright © 2022 WTVD-TV. All Rights Reserved.
TOP STORIES
In video, 'angry' NC Gov. Cooper pushes for stronger gun laws
TX school shooting leaves at least 19 children, 2 adults dead
Columbine survivor reacts to Texas elementary school shooting.
Should you talk to young kids about mass shootings? And how?
NC schools use tool made after Sandy Hook shooting to protect students
NC Medicaid expansion closer to reality as Senate leader shows support
Wake County moms demand change after Texas elementary school shooting
Show More
Timeline breaks down Uvalde shooter's movements day of massacre
George Floyd's family continues to advocate for change 2 years later
NC Republicans seek to pass 'Parents' Bill of Rights'
Beto O'Rourke confronts Texas gov. at Uvalde shooting press conference
Body of missing man found after being swept away in Cape Fear River
More TOP STORIES News