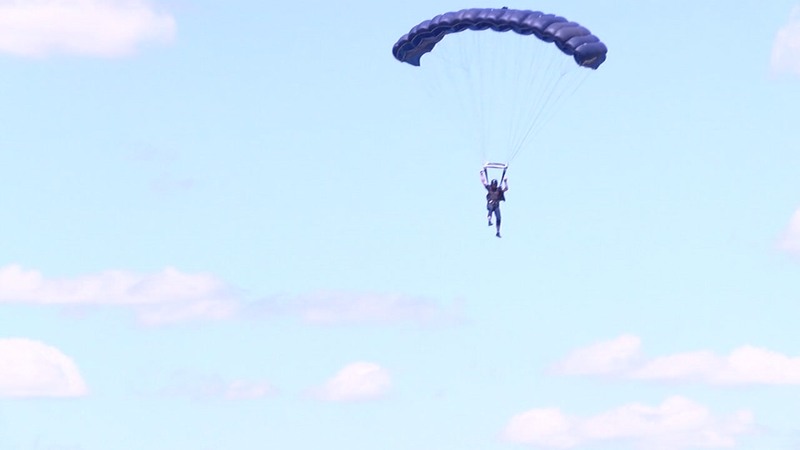 Officers responded to the skydiving accident call around 10:45 a.m.

Skydive Coastal Carolina said Goff was participating in one of its canopy training courses.

When authorities arrived, Goff was pronounced dead at the scene.

The owner, Brian Strong, said Goff had full control of the canopy and flew the parachute down to the landing area but for some reason picked up speed around 75 feet and made a hard landing.

"First news we heard that the high winds were the contributing factor and yesterday was an absolutely gorgeous day just like it is today. Blue skies, light winds.. doesn't get any better than this for skydiving," he said.

Goff was reported to have been from Florida and was stationed at Fort Bragg.

Authorities said his death was an accident, but the FAA is investigating whether his parachute was properly rigged before falling.

Goff leaves behind a wife and three children.