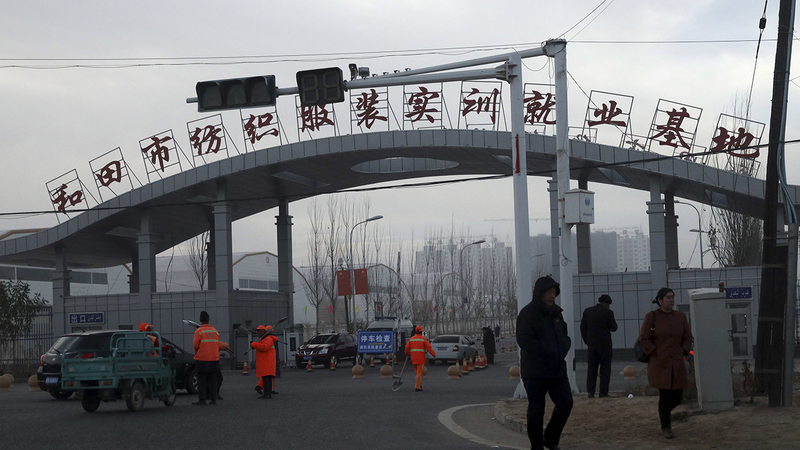 Is forced labor involved in the lucrative hair industry?

Grace Forrest, co-founder of the Walk Free anti-slavery organization, said Friday that means one in every 130 women and girls is living in modern slavery today, more than the population of Australia.

"The reality is that there are more people living in slavery today than any other time in human history," she told a U.N. news conference.

Walk Free defines modern slavery "as the systematic removal of a person's freedom, where one person is exploited by another for personal or financial gain," she said.

"What this report has shown is that gender stacks the odds against girls from conception throughout their lives," she said.

Forrest said the face of modern slavery "has radically changed."

"We're seeing normalized exploitation in our economy in transnational supply chains and also in migration pathways," she said. "The world's most vulnerable people have been pushed even further into this practice of modern slavery because of COVID-19."

She said the estimate of women and girls in modern slavery is conservative because it doesn't account for what's happened during the pandemic, which has seen "sharp increases of forced and child marriage and exploited work conditions around the world."

Forrest said Walk Free and the U.N.'s Every Woman Every Child program are launching a global campaign to demand action to eliminate modern slavery.

The campaign urges an end to child and forced marriage, which 136 countries have yet to criminalize.

It urges the elimination of legalized systems of exploitation such as kefala, which legally binds a migrant worker's immigration status to an employer or sponsor for their contract period.

The campaign also urges transparency and accountability for multinationals.