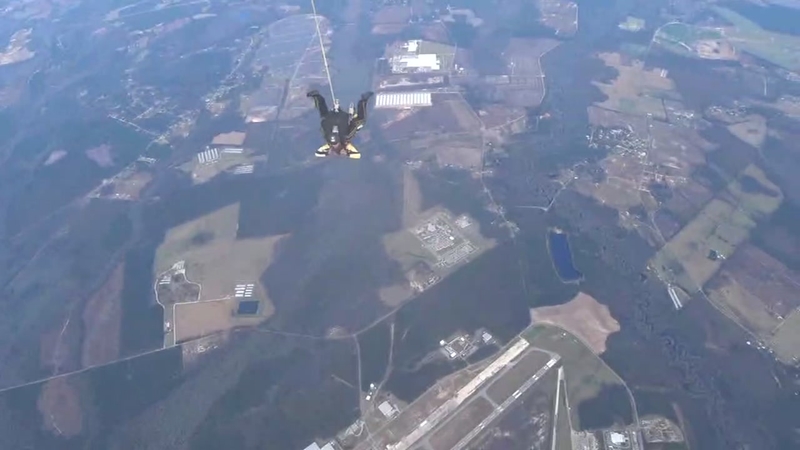 You usually catch her reporting in the field but now she's jumping into one.

ABC11's Morgan Norwood jumped Thursday with the Army's Parachute Team, the Golden Knights. She even had a battle buddy as Sports Reporter Bridget Condon tagged along with her for the thrill ride, celebrating her birthday and tackling her bucket list.

"Often times in life, we think about things that we wanna do. We plan it out and say 'I'm going to do it when I'm 50' or before I die and we never get around to doing it so it's like now we're going to do it," Condon said.

The Golden Knights are the official parachute demo team for the Army. Unlike the 82nd Airborne Division, they don't jump into battlefields. Instead, they jump into football stadiums and recreational dropzones and giving civilians a taste of the thrills that soldiers experience day in and day out through tandem jumps.

"We've had over 600 passengers alone and so...they're all different because I get new questions and new people and they're always doing something different so it's challenging every single jump," said SSG Trey Martin.

But the real challenge is the fear.

"The fear you feel about to exit the aircraft is just a small amount of the same fear a soldier feels every day when they have to leave loved ones to go to work or war and not know if they will ever return," said one Golden Knight.