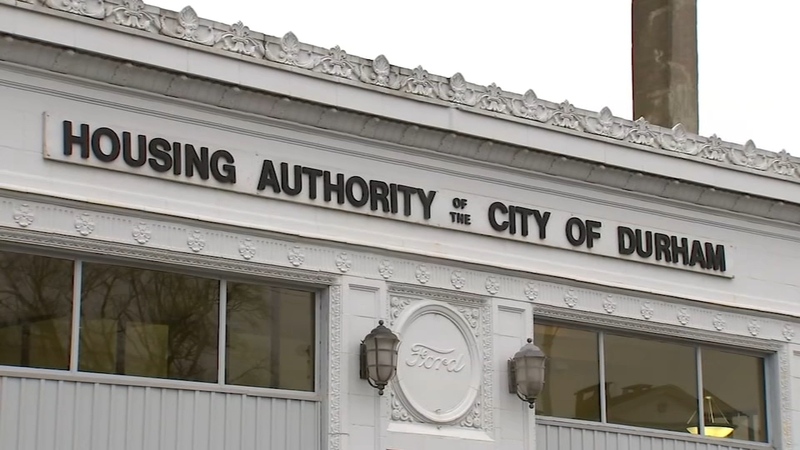 DURHAM, N.C. (WTVD) -- With every day that passes, Durham Housing Authority is getting deeper in the hole in the wake of the carbon monoxide crisis. Hundreds of residents needed to be relocated because of concerns about the poisonous gas.

The cost of relocation, so far, is more than three times higher then what tenant services is budgeted for in an entire year at McDougald Terrace.

DHA isn't dipping into a rainy day fund to pay for relocation. An account like that doesn't even exist.

The agency is instead pulling from its capital fund, which is supposed to be for long-term investments and community improvements for all of DHA's 17 properties around the city.

"It can't go forever," said Scott. "I want to make (clear) and stress that the capital fund is for our entire portfolio. This is not just for McDougald Terrace. This for all roughly 1,800 or so units that we have."

The fund is down to $7 million after DHA blew through approximately half a million in two weeks.

ABC11 set out to follow our taxpayer dollars and see how exactly DHA is spending the large chunk of money.

It is helping evacuees in a variety of ways. Security and Transportation are a couple of expenses, but not the big-ticket items.

Sheila Gilchrist is living out of the Extended Stay these days and describes conditions there as "better."

Management wouldn't say how much the places are going for, only that DHA is receiving a discount.

Gilchrist is just one person who had to leave McDougald Terrace.

The residents are also getting stipends for food.

Benson Stowell, who used to live at McDougald Terrace, said he is getting $315 each week from DHA.

RELATED: 'All of us are not misfits:' McDougald residents seek dignity amid housing crisis

Residents say they're living far better now than before but know its temporary.

"I can breathe a little better," said Gilchrist.

Others are holding their breath for the final bill.

HUD has deemed DHA as "troubled."

The federal government has given DHA low scores several years in a row after looking at things such as finances, management, and housing conditions.

In spite of this, DHA is one of the rare agencies in the country to actually see its funding increase.

ABC11 has been trying, unsuccessfully, to get the dollar amount from HUD and DHA.

Scott says DHA is funded 100 percent by the federal government, through four different pools of money.

He is planning to go back to Uncle Sam and ask for an additional cash injection to recoup the costs of this crisis.