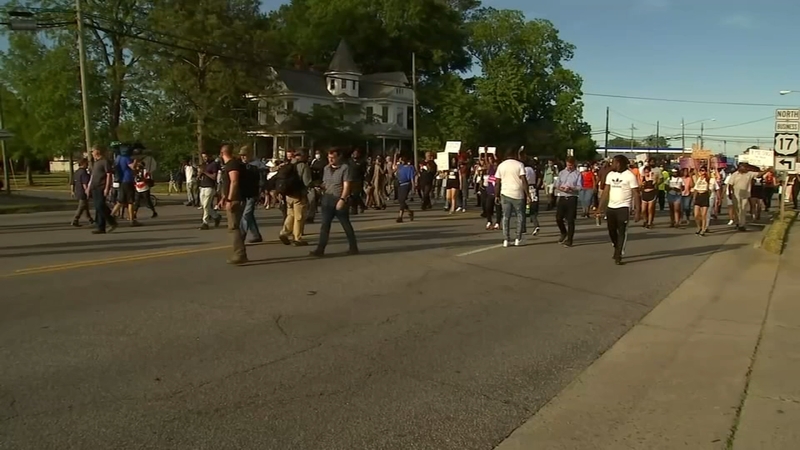 DURHAM, N.C. (WTVD) -- As Pasquotank District Attorney Andrew Womble walked to the podium Tuesday morning, it wasn't just Andrew Brown's family holding their breath, it was communities of color and their allies who saw that deadly encounter on Andrew Brown's front lawn as an act of lawlessness against another unarmed Black man.

"I find that the facts of this case clearly illustrate the officers who used deadly force on Andrew Brown Jr. did so reasonably," Womble said during his news conference to announce his decision not to file charges against any of the deputies who shot at Brown.

His decision, for many, triggered feelings of anger, powerlessness, even resignation that these incidents just keep happening.

Dr. Ashly Gaskin Wasson, the Durham-based psychologist specializing in racial trauma, told ABC 11 that her first goal in therapy is to validate those emotions in her patients.

"Letting them know what you're feeling is okay. It's normal. It's natural. It's expected," Gaskin Wasson said. "When we start getting concerned is if those emotions are getting in the way of them being able to function in different areas and their relationships at work and things like that."

'It gives me the chills': Chauvin murder trial raises feelings of racial trauma for many in Triangle

"Activism is a way in which people can counter that sense of powerlessness," she said. "And protesting is just one of those forms. It's not the only form. People can use their time, talent and resources -- donating as they're able, voting, and educating themselves on local policies."

She also reminds parents not to forget about the kids. These are painful conversations to have with children but Gaskin Wasson points to research that suggest young people who are not talking to adults about race and how society sees them and other people just aren't doing as well -- because they're not prepared for it.