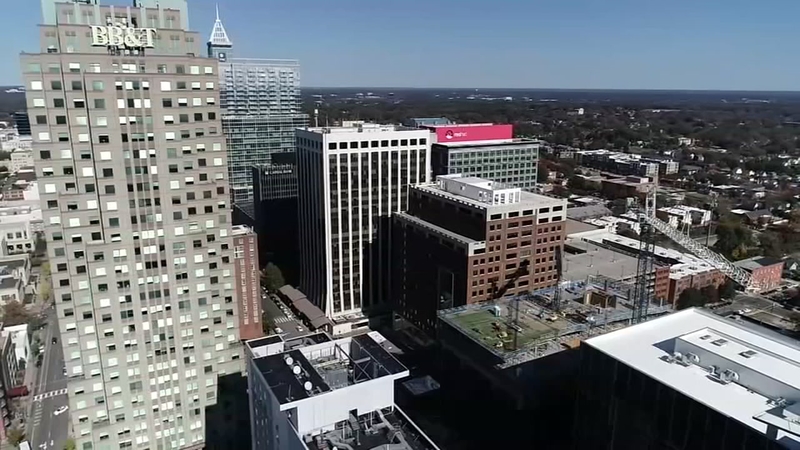 RALEIGH, N.C. (WTVD) -- Southeast Raleigh development is the focus of a New York Times article that is taking off on social media.

The report pins Raleigh as part of a nationwide trend where there's been an influx of white families moving into historically black neighborhoods.

Joshua Bishop grew up in southeast Raleigh, but now, with a family of six -- soon to be seven -- he said he can't afford to live there.

"So the question is, where are the people going? My answer is they're being pushed to the country," he said.

Bishop moved to Louisburg where the home prices are more affordable than downtown Raleigh living.

Along many streets in Raleigh's South Park you'll find boarded up houses next to modern new builds and redevelopments.

"No matter who does it or why, it has to be done because these are old neighborhoods," said Menaker. "Houses don't last forever."

What the weekend New York Times article detailed as the scope of southeast Raleigh gentrification, Menaker said, is just the market at work.

Diana Powell, community advocate and executive director of Justice Served NC, wants city leaders to take note of the report; it cites census data that white home buyers, who've gotten nine in ten of southeast Raleigh's new mortgages in recent years, have average incomes more than three times that of the typical household that was already there.

"Some way, they have to come together and say we just cannot push these people out," Powell said. "We have to have something to replace it with."

The City of Raleigh has committed to revitalizing southeast Raleigh with a plan to build 5,700 affordable housing units during the next ten years.

The three priority neighborhoods are all in southeast Raleigh: East College Park, Martin/Haywood, and Idlewild Avenue. The city aims to build homes benefiting low and moderate-income families who meet the Department of Housing and Urban Development income limits.

Whether that is helping to solve the problem, depends on who you ask.

"That's too much bureaucracy," said Menaker. "It doesn't help the market."

Powell had a different take.

Bishop said he likes seeing the new construction in his beloved southeast Raleigh, but not if it means pricing out the people who have always been there.