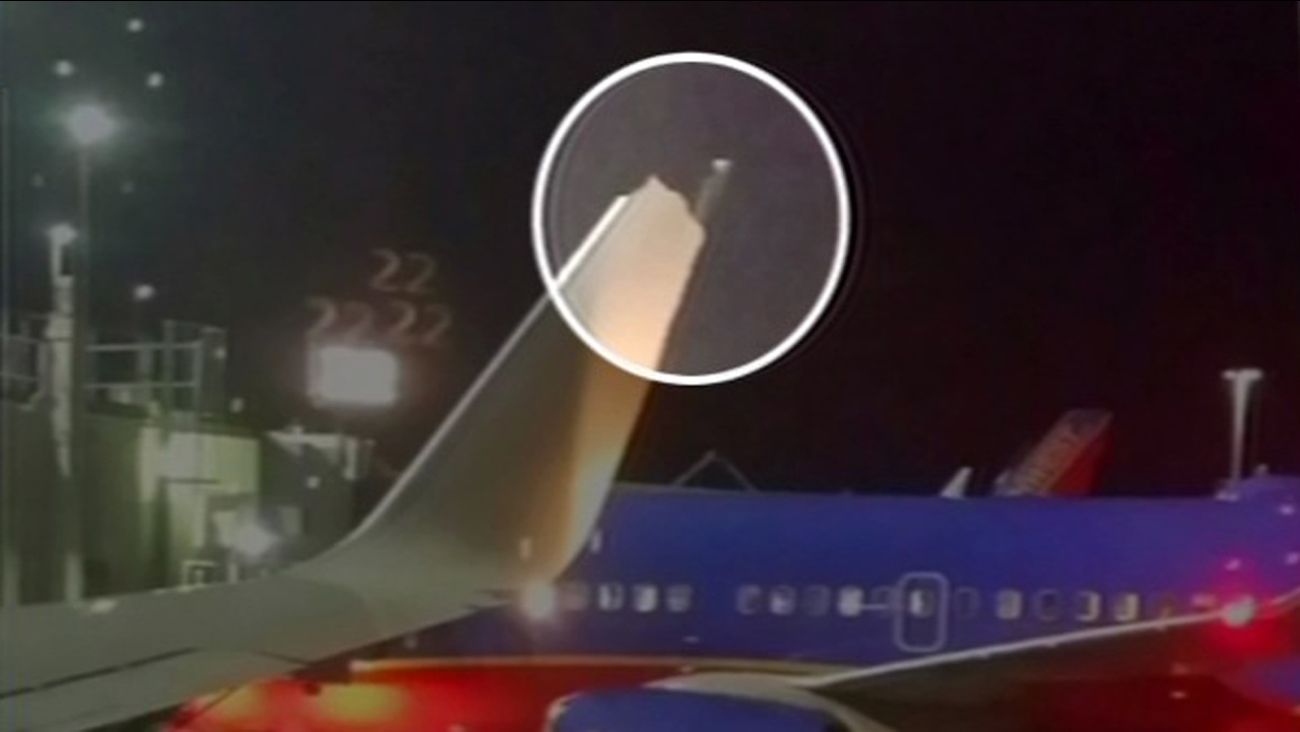 OAKLAND INTERNATIONAL AIRPORT -- Southwest Airlines has launched an internal investigation after a plane's wing-tip was damaged after it clipped another plane's wing at Oakland International Airport.