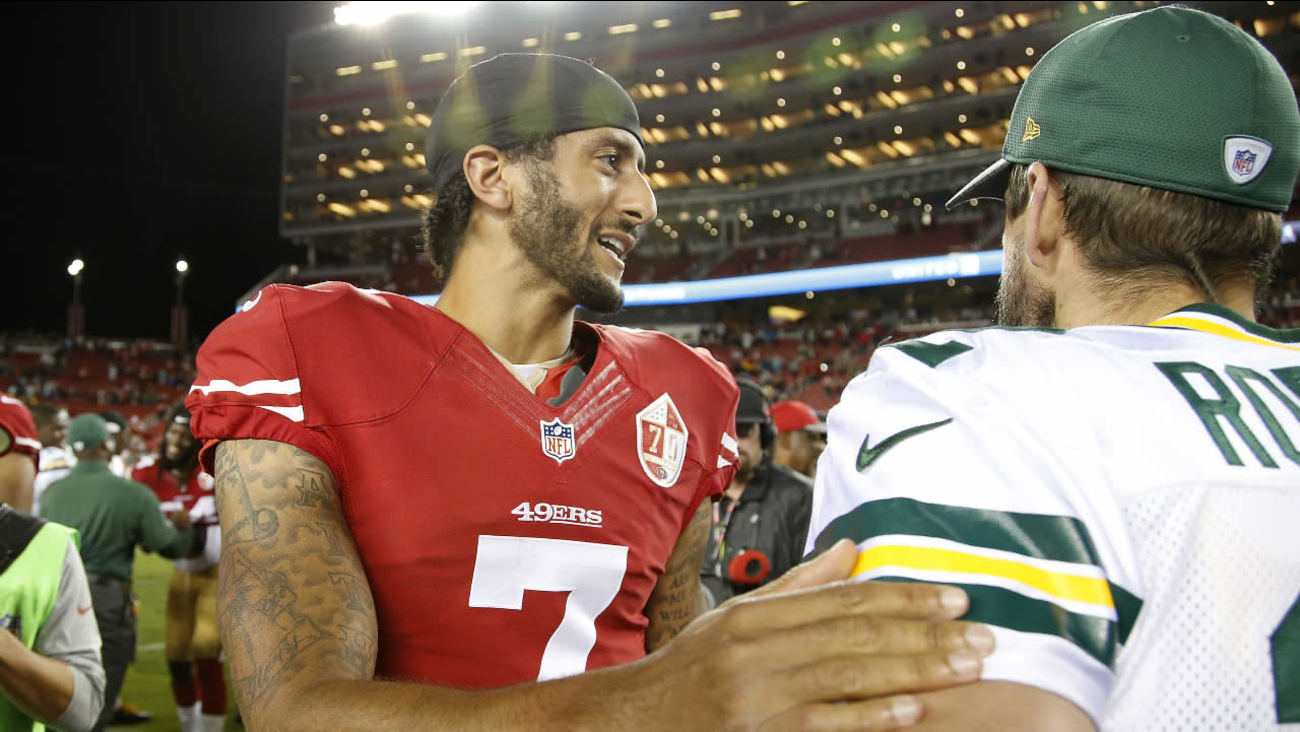 SANTA CLARA, Calif. -- The San Francisco 49ers acknowledged Friday night that quarterback Colin Kaepernick did not stand for the national anthem before Friday's game against the Green Bay Packers.

"I am not going to stand up to show pride in a flag for a country that oppresses Black people and people of color," Kaepernick told NFL Media in an exclusive interview after the game against Green Bay. "To me, this is bigger than football and it would be selfish on my part to look the other way. There are bodies in the street and people getting paid leave and getting away with murder."

Kaepernick has been tweeting extensively about these issues for weeks.

"The national anthem is and always will be a special part of the pre-game ceremony," a team statement said. "It is an opportunity to honor our country and reflect on the great liberties we are afforded as its citizens. In respecting such American principles as freedom of religion and freedom of expression, we recognize the right of an individual to choose to participate, or not, in our celebration of the national anthem."

Pro Football Talk initially reported that Kaepernick did not stand during the song.

By taking a stand for civil rights, Kaepernick, 28, joins other athletes, like the NBA's Dwyane Wade, Chris Paul, LeBron James and Carmelo Anthony and several WNBA players in using their platform and status to raise awareness to issues affecting minorities in the U.S., reports NFL Media.

Kaepernick made his preseason debut against the Packers after sitting out the first two exhibition games because of tightness in his right shoulder. He went 2-for-6 for 14 yards and added 18 yards on four carries.
Related topics:
sportssan francisco 49ersblack lives mattercolin kaepernickprotestdiscriminationu.s. & worlddiversityequal rightsespnnational anthemnflstar spangled banner
Copyright © 2020 KGO-TV. All Rights Reserved.
More Videos
From CNN Newsource affiliates
TOP STORIES