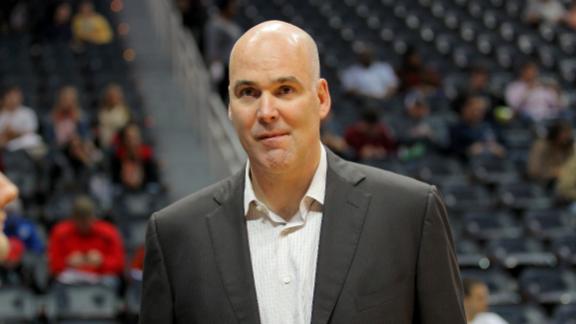 Audio obtained by ESPN's Darren Rovell and other media outlets confirms the racial comments made by Atlanta Hawks general manager Danny Ferry in a conference call with team owners in regards to veteran forward Luol Deng.

The call, which occurred June 6, is part of the controversy currently surrounding the team. The call led co-owner Michael Gearon to send a letter to controlling partner Bruce Levenson asking him to fire Ferry or make him resign.

Ferry said he was "repeating comments that were gathered from numerous sources during background conversations and scouting different players" and that he repeated those comments in the call during a discussion of free agents.

Ferry did not say during the call that he was reading from background reports.

The Hawks have disciplined Ferry. NBA commissioner Adam Silver on Wednesday said Ferry should keep his job and said he believed the words Ferry used were not his own.

Levenson, meanwhile, in the light of the scandal with Donald Sterling and the Los Angeles Clippers, hired a law firm to investigate racism in the front office. The discovery of a racially charged email from Levenson led to him to announce he will sell his interest in the team.