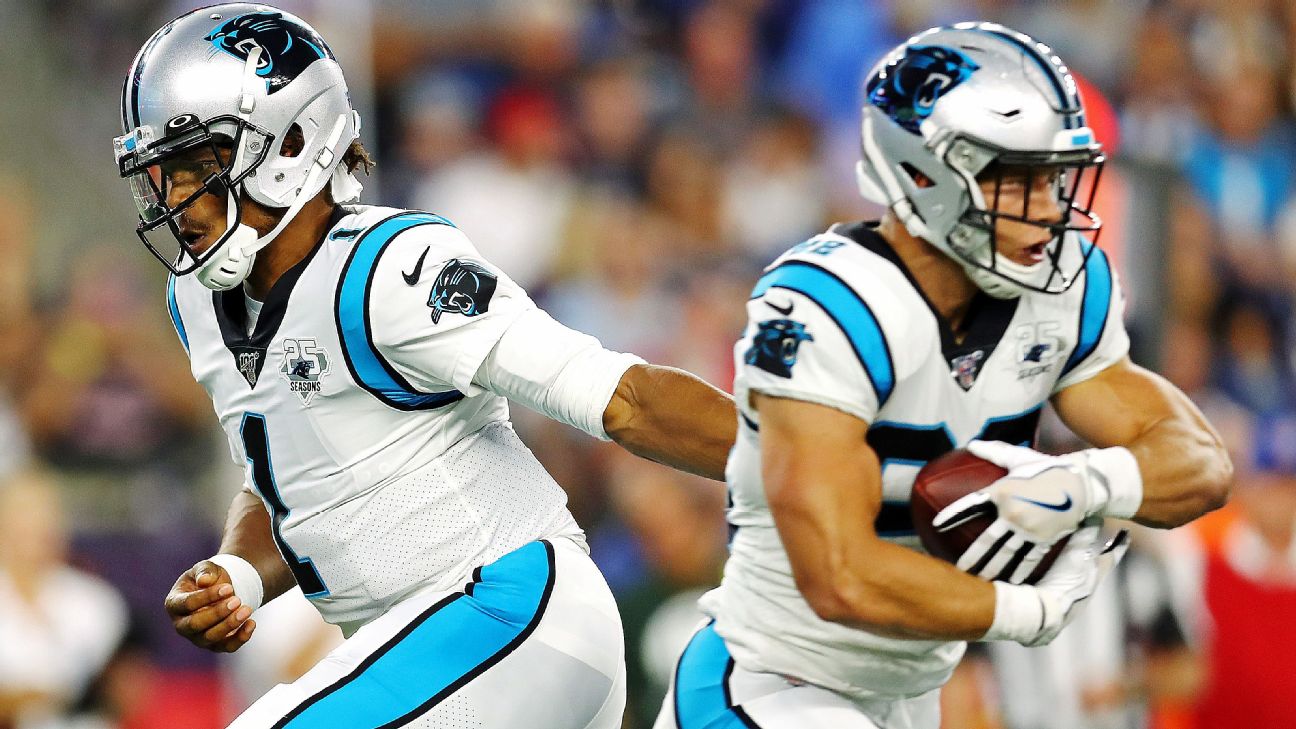 ESPN
By ESPN.com
The Carolina Panthers are ranked No. 15 in ESPN's preseason Football Power Index. Here's everything you need to know about them heading into the 2019 NFL season:

The 2015 NFL MVP has a midfoot sprain that threatens his status for the opener. He's also coming off shoulder surgery for the second time in three offseasons. While the team remains cautiously optimistic Newton will be ready for Week 1, the Panthers don't have a proven backup, so having their star player healthy will be crucial to success. --David Newton

Offseason in a nutshell

For the first time since coach Ron Rivera arrived in 2011, the Panthers will play a 3-4 front defensively. The scheme change made veteran linebacker Thomas Davisexpendable, while they added DL Gerald McCoy and OLB Bruce Irvin in free agency. They also drafted Florida State edge rusher Brian Burns in the first round and Alabama's Christian Miller in the fourth. The hope is to create more pressure on the quarterback after ranking 27th in the NFL in sacks a year ago. --Newton

Inside the Panthers' schedule

Most important game: Oct. 24 at New Orleans. For the Panthers to return to the top of the NFC South, they must get past the two-time defending champion Saints. Yes, it's a late-season game and there will be big games before this one. But with another game against the Saints five weeks later and with division games being more meaningful, winning this one will be essential.

Over or under 8.2 wins? Over. Remember, the Panthers were 6-2 a year ago before Cam Newton's arm strength became an issue. And the defense never played particularly well, so if Newton can stay healthy and the move to a 3-4 scheme with solid additions pans out, this should be a playoff team with a 9-7 record. -- Newton

Carolina drops from 15th in average projected DVOA of opponent to 20th in these adjusted rankings because they have only seven road games (they play Tampa Bay in London in Week 6) and only one game against an opponent with extra rest (Week 14, when they go to Atlanta and the Falcons are coming off a Thanksgiving game).

DJ Moore, the first wide receiver selected in the 2018 draft, didn't take on a substantial role until midseason but went on to post the 20th most fantasy points at the position from that point forward. Moore showed off his playmaking ability, pacing all wide receivers with an average of 7.7 yards after catch. Minimal work near the goal line is a concern (2 TDs, 2.2 OTD), but Carolina's top wideout will see enough volume to allow a step forward in his second season.. -- Mike Clay | More fantasy coverage

The view from Vegas

Odds courtesy of Caesars Sportsbook as of Sept. 2.

Burns wins NFC Defensive Rookie of the Year. This is bold considering the Panthers finished 27th in the league in sacks a year ago. But with the move to a 3-4 and additions such as McCoy, Irvin and Burns to a unit that already included Mario Addison, Shaq Thompson and Luke Kuechly, quarterbacks beware. As for Burns, four sacks in his first three preseason games weren't an accident. He's going to be a force. -- Newton

Where the Panthers landed in NFLRank

Speed reads before the opener 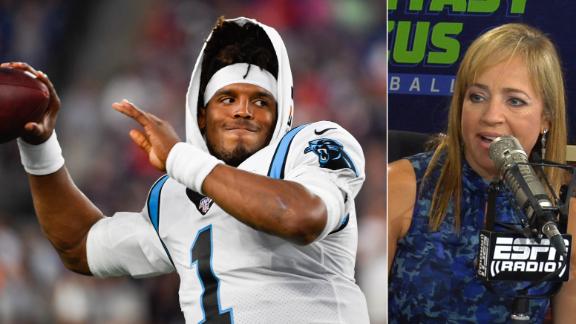