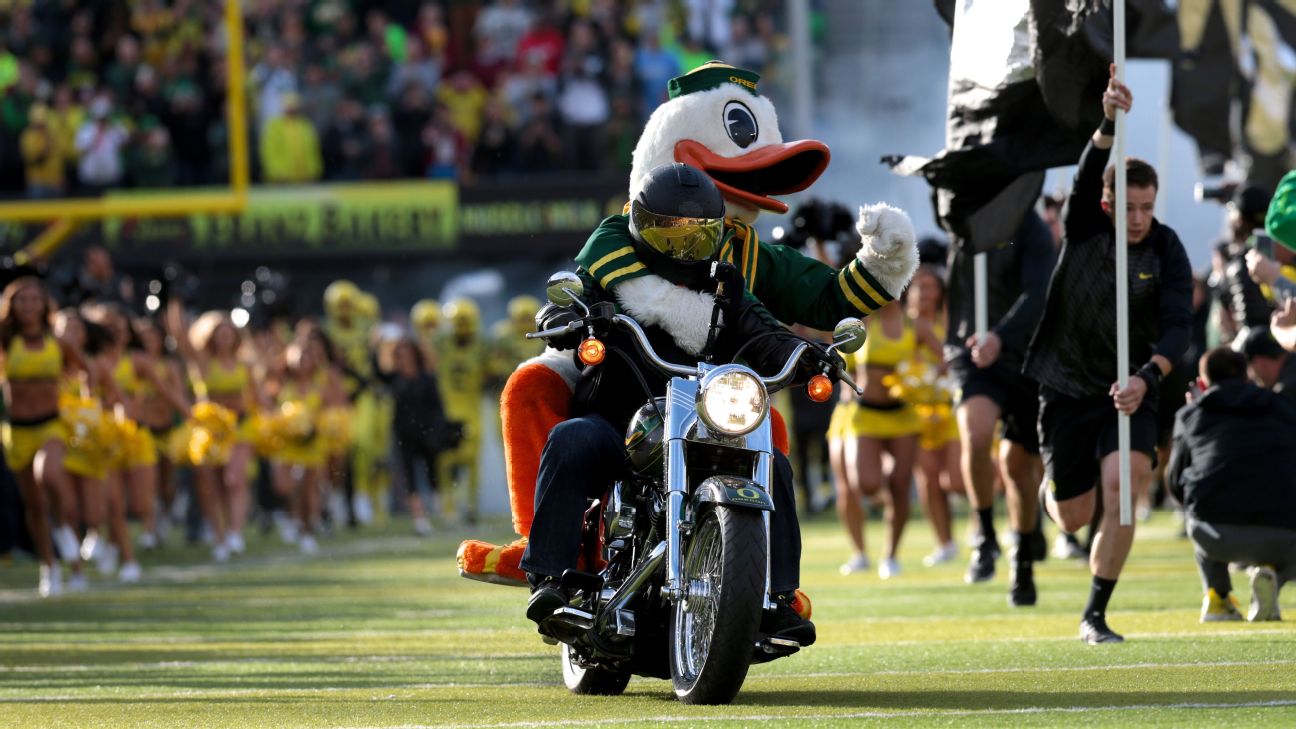 It's finally Week 1, and ESPN's college football experts' picks are here to kick it off. We'll start things off with the BYU-Utah rivalry on Thursday night, a big SEC-Pac 12 measuring stick between Auburn and Oregon on Saturday, and an intriguing matchup on Sunday night as Jalen Hurts and Oklahoma take on D'Eriq King and Houston with new coach Dana Holgorsen. (Lines courtesy of Caesars Sportsbook)

Edward Aschoff: Tyler Huntley added 25 good pounds over the offseason, which will make him and RB Zack Moss just too much for BYU to stop. Utah 31-17
Bill Connelly: Two things we know about this series: it's always close, and Utah always wins. Utah 27-26

David M. Hale: BYU found something in QB Zach Wilson, who completed 67% of his passes with eight touchdowns and one interception in his final four games last season. BYU 28-27

Sam Khan Jr.: The Utes haven't lost a season opener in a dozen years; Huntley will ensure they extend that. Utah 34-28

Chris Low: Some see the Utes as a surprise College Football Playoff team, but the Cougars will be the ones doing the surprising in a shocker. BYU 27, Utah 24

Ivan Maisel: A Holy War shouldn't be played in August, but I'm just glad they're playing at all. Utah 31-20

Andrea Adelson: Jake Bentley will have a big say in spoiling Mack Brown's return to the Tar Heels. South Carolina 30-17

David Bearman: Give me the team going against the new (sort of) head coach and true freshman QB, Sam Howell. South Carolina 20-10

Preston Johnson: The Gamecocks are the superior team across the board; UNC could surprise this season but not on Saturday. South Carolina 34-27

Edward Aschoff: Freshman QB Hank Bachmeier will take plenty of lumps, but Boise's tremendous defense will force James Blackman into mistakes. Boise State 23-17
David Bearman: If FSU's offensive line can give Blackman some time to get the ball to his weapons, I'll be wrong here. Boise State 30-29

Kyle Bonagura: Boise State might be the best Group of 5 team in the country, but FSU's talent is too much to overcome. Florida State 34-31

Preston Johnson: With the storm, we might not even see 49 points scored (or the real Kendal Briles offense). But the Seminoles bounce back in 2019. Florida State 28-21

Ivan Maisel: Tallahassee in August is tougher than the blue turf ever was. Florida State 28-24

Alex Scarborough: I saw too much of the FSU defense last season -- or too little -- to believe the Noles can hold off the Broncos. Boise State 35-24

Mark Schlabach: I know one thing: Willie Taggart better not lose this one. Florida State 31-27

Edward Aschoff: WR injuries are worrisome for the Ducks, but that defense will take advantage of the inexperience of Auburn QB Bo Nix. Oregon 24-21

Kyle Bonagura: The Ducks (and the Pac-12) avoid what would be a significantly deflating way to start the year. Oregon 31-28

Doug Kezirian: I trust Auburn in this high-profile spot much more than I do Mario Cristobal. Auburn 30-20

Houston at No. 4 Oklahoma

Andrea Adelson: Jalen Hurts will pick up where Kyler Murray and Baker Mayfield left off. OU 44-35

Heather Dinich: No, this is the Sooners' improved defense. OU will get pushed to the brink by Houston QB D'Eriq King, but its running game will be the difference. OU 42-38

Preston Johnson: I like the under 83 in this Week 1 matchup. My projection is 77.8, and there is upside to an under with Hurts in his first start. OU 48-27

Alex Scarborough: A starter again with something to prove, Hurts will reassert his star power. OU 42-20 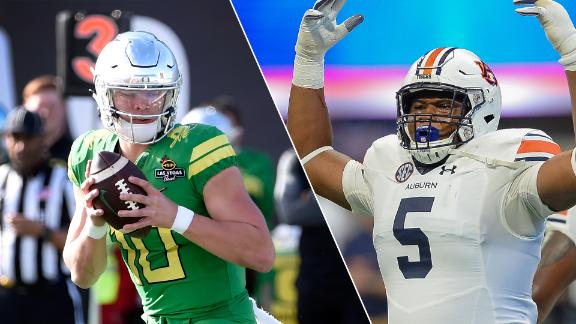