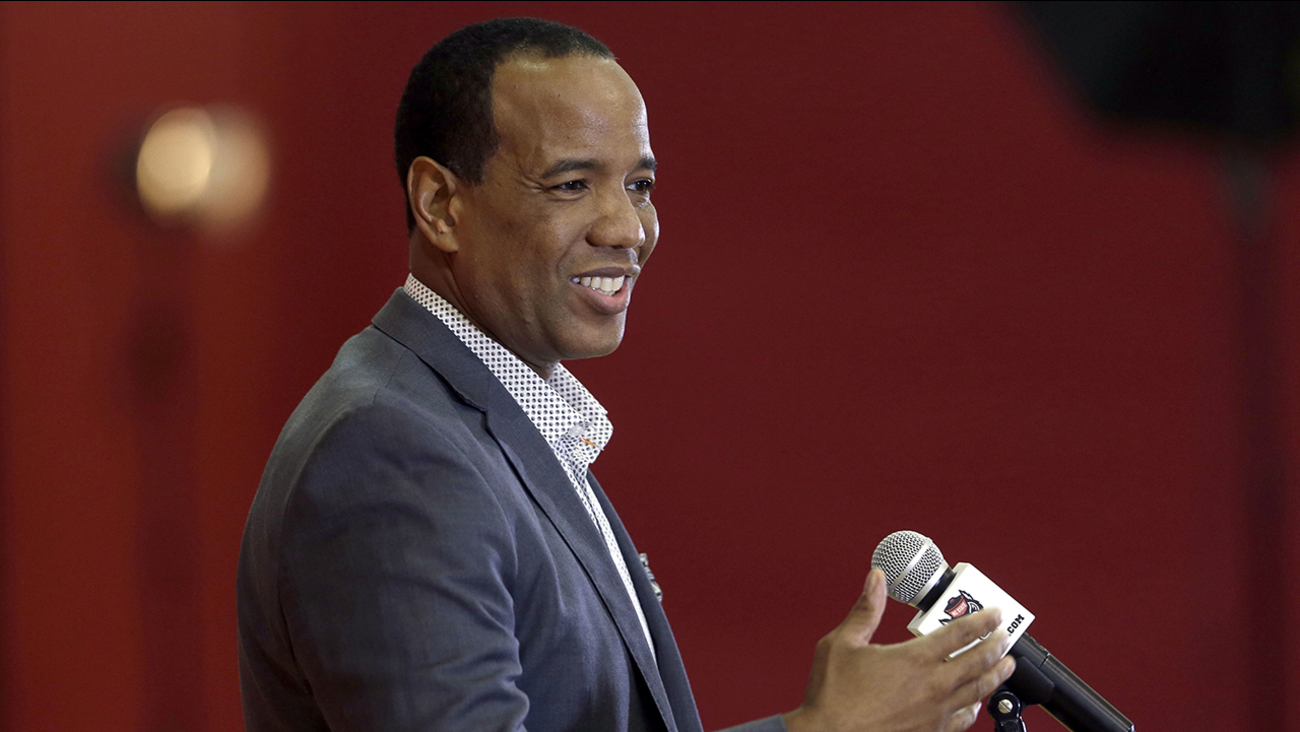 "I'm very excited about this class," Keatts said. "My staff and I were able to go out and add players that fill immediate needs. We got four talented young men that represent everything we look for in a student-athlete. They are great people, students, and last, but not least, talented basketball players.

"We signed players that will fit in very well with the culture we have at NC State," the first-year coach added.

A closer look at the four signees:

Bates is a consensus four-star recruit, ranked No. 78 overall in his class by ESPN. He's regarded as one of the best shot blockers in the 2018 class.

"Manny is one of the most improved players in the 2018 class," Keatts said. "He absolutely exploded this summer on the AAU circuit. He's a mobile post player who is great at altering and blocking shots. He is another kid who checked off all the boxes we look for in terms of recruiting a total student-athlete. He will be an asset to not only our program but the entire NC State community."

Bey is a consensus four-star recruit and is ranked No. 83 overall by ESPN, as well as No. 2 in the competitive Washington D.C. area. He averaged 14.2 points as a junior to lead Sidwell Friends to the Mid-Atlantic Athletic Conference Championship.

"Saddiq is an extremely talented player, who fits our system perfectly with his ability to play and guard multiple positions," Keatts said. "Saddiq's freshman year at Sidwell Friends School he was a 6'1" point guard and has since grown to 6'7" while still having those same guard skills. He will be just as valuable to our program off the floor from a character standpoint as he is on it."

Hellems is a consensus four-star recruit and ranked No. 100 overall by Rivals. As a junior, he averaged 22 points, 7 rebounds, 3 assists and a steal for Chaminade, which he helped lead to two consecutive Class 5 State Semifinal berths.

"Jericole is a hybrid forward who is a tremendous shot maker and can really stretch the defense," Keatts said. "His basketball pedigree, and his ability to play outside-in is what makes him unique. He had a tremendous summer, and his best basketball is ahead of him."

Steere is a consensus four-star recruit, ranked No. 104 overall by 247Sports. He attended Wesleyan Christian Academy in High Point as a junior and helped lead WCA to a runner-up finish in the NCISAA 3A State Championship.

"Ian is a physically gifted athlete that will help us in the paint," Keatts said. "He already possesses a college-ready body without having really lifted any weights, and has a knack for keeping plays alive on the offensive end. Ian is one of the most physical players in the country, and the way he carries himself both on and off the court will translate right away when he arrives on campus."
Report a correction or typo
Related topics:
sportsraleighcollege basketballnc state wolfpackhigh school sports
Copyright © 2021 WTVD-TV. All Rights Reserved.
TOP STORIES
NC plantation cancels event depicting slave owners as fugitives
Knightdale police looking to ID greenway trail assault suspect
Advocates seek justice in the police killing of Andrew Brown Jr.
What mom, daughter did with 80,000 penny child support payment
Soccer player collapses, given chest compressions during Euro 2020 match
Diver describes near-death experience inside whale's mouth
Alton Sterling's kids accept $4.5M settlement after fatal police shooting
Show More
Prosecutors call for innocent man's release from prison, but existing law prevents it
Mass shooting on Austin's 6th Street: 14 hurt, suspects at large
NC eyes door-to-door approach to get low-income residents vaccinated
CDC to discuss reports of heart inflammation in young people after vaccine
Florida bans 'critical race theory' from its classrooms
More TOP STORIES News