Johnny Manziel stopped by cops after arguing with girlfriend, admitted to drinking 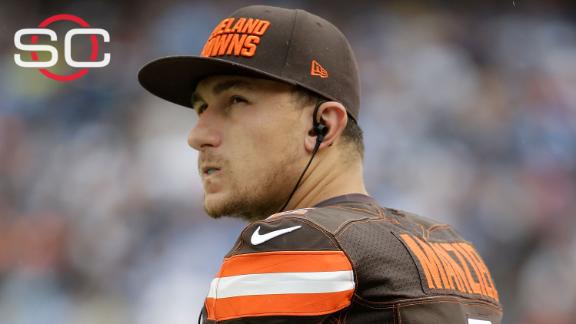 Cleveland Browns quarterback Johnny Manziel was questioned by police Monday because of a domestic incident and admitted to drinking earlier in the day, according to a police report.

Several witnesses called police after seeing Manziel and his girlfriend, TCU student Colleen Elizabeth Crowley, arguing in a vehicle on Monday. The argument escalated to the point that Crowley tried to leave the car as it exited a highway.

Both Manziel and Crowley admitted to arguing, and Manziel told police they had been drinking earlier in the day. The police officer made the determination that Manziel was not intoxicated and he was not charged.

Manziel spent 10 weeks in rehab for unspecified treatment earlier this year. It is not known if his aftercare prohibits him from drinking.

"We were aware of the situation," Browns GM Ray Farmer said in a statement. "It is a matter that we take seriously and have expressed our concerns to Johnny directly. Those conversations will remain private and we will refrain from further comment at this time."

The team said Manziel's status for Sunday's game will not change. He has been the Browns' backup the past three games.The NFL is expected to review the incident to determine if discipline is warranted.

Manziel tweeted his explanation of the incident Friday night.

The police report said a driver on an interstate west of Cleveland, near Manziel's home, was passed by a car on the shoulder going what she thought was about 90 miles per hour. As they entered Avon, where Manziel lives, the driver noticed the car "cut over several lanes of (traffic) and begin to exit" the highway.

At that point, the driver saw a female passenger trying to open her door, with the driver holding her back. The witness said the driver had his arm and elbow around the neck of the female.

The argument continued as the car drove onto a street in Avon, where Manziel pulled over, and police arrived shortly after.

When police arrived, Manziel told them he and Crowley were downtown earlier in the day and planned to see a movie. When Manziel told Crowley he wanted to pick up a friend, she became angry.

As they drove back to Avon -- about 20 miles from downtown Cleveland -- Crowley accused Manziel of "driving bad" and then grabbed his wallet and threw it out of the window. Manziel stopped and looked back for his wallet. He said Crowley tried to get out of the car, and he tried to keep her from leaving.

Police asked if he had struck or punched her, and he responded, per the report, "NO."

Manziel admitted to drinking earlier, but police did not notice signs of intoxication. He was not tested for alcohol.

Crowley had a friction burn on her wrist when police arrived, which police attributed to Manziel trying to keep Crowley in the car, but no other injuries.

Crowley told police she threw Manziel's wallet out of the window because he had her cell phone and would not return it. Manziel had told police he was using the phone to control the music in the car. She told police that during the drive "Manziel pushed her head against the glass of the car," according to the report. She said she was not fearful of Manziel and did not think he would cause her harm.

Crowley said she did not want to press charges and no arrests were made. Manziel and Crowley told police they had been living together for two months and that Crowley would soon be returning to TCU for her senior year. Police believed Crowley was intoxicated and offered her a ride, which she declined before leaving with Manziel.

The police report was first obtained by WEWS-TV in Cleveland. 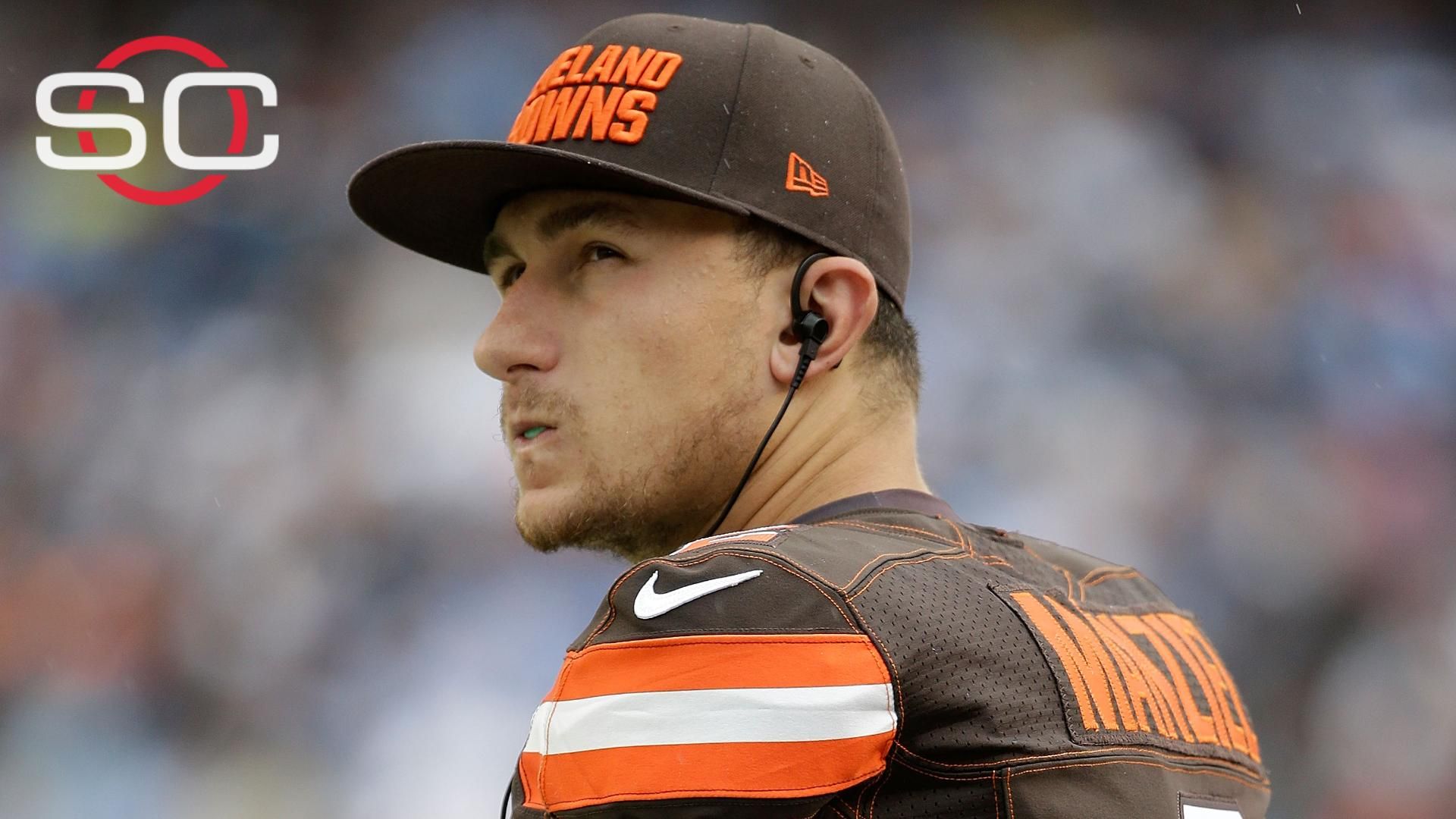 What repercussions could Manziel face?
ESPN's Field Yates explains what potential discipline the NFL and Cleveland Browns could levy on Johnny Manziel after being questioned by police because of a domestic incident and admitting to drinking earlier in the day.

Any suspension for Manziel?
John Clayton reports that Johnny Manziel will be on the Browns' active roster Sunday, but says the NFL can still make a ruling later if it wishes to suspend the quarterback. 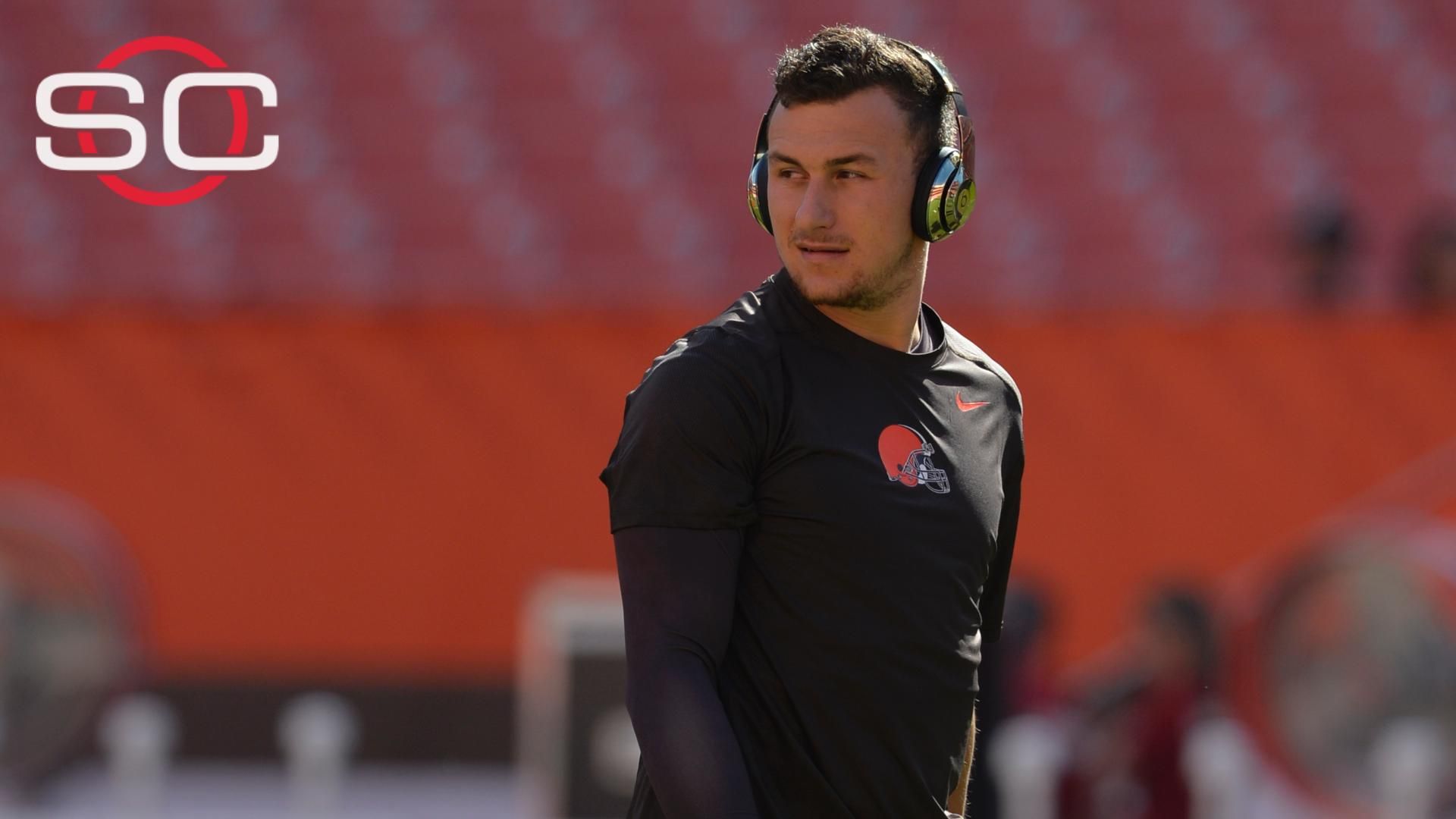