Messages get Mike Mitchell in trouble 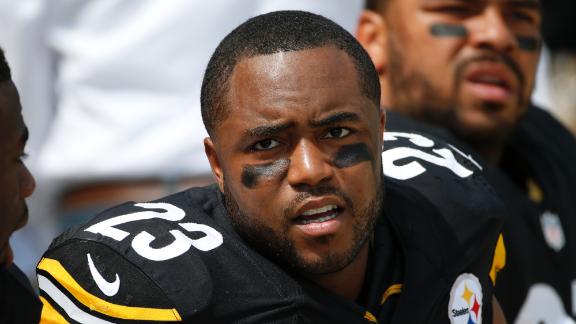 Mike Mitchell won't be using social media anytime soon after sending insensitive direct messages on Twitter to some of his followers after the Pittsburgh Steelers' 27-24 victory over the Tennessee Titans on Monday night.

A team source told ESPN.com that the Steelers have told Mitchell to stay off social media for the time being because of the messages, in which he told one fan to "kill yourself" and used obscenities to other fans.

The fans made screen shots of Mitchell's messages, which were then subsequently published by several media outlets.

Mitchell was asked about the messages by KDKA-TV.

Coach Mike Tomlin's policy has been that his players can use social media as long as they are responsible about it. Tomlin started a Twitter account this year but said he did it mostly so he could keep up with the times and specifically his two teenage sons.

This isn't the first time a Steelers player has found trouble on Twitter. In 2011, former Steelers running back Rashard Mendenhall posted controversial remarks on social media about 9/11 after the killing of Osama bin Laden.

Mitchell signed a five-year $25 million contract in March to to replace Ryan Clark at free safety. He is one of the Steelers' leading tacklers and had five stops against the Titans but does not have an interception or sack in 11 games.

Mitchell also incurred the wrath of the New York Jets with a late-game leap over the line of scrimmage in the Steelers' 20-13 loss on Nov. 9.