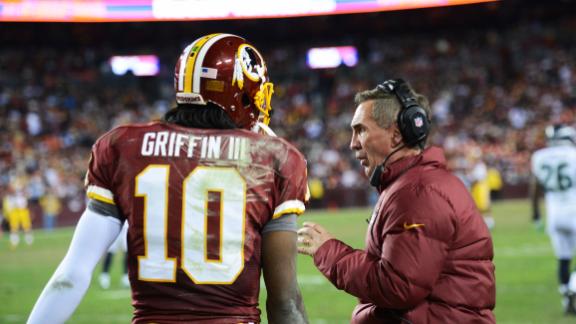 It was from Griffin himself, which prompted Shanahan to dole out advice to his one-time star.

Griffin signed with the Cleveland Browns last week after four seasons with the Redskins -- the first two spent with Shanahan. Their relationship at the end, by all accounts, wasn't great.

But Shanahan said he spoke with Griffin after calling Rams coach Jeff Fisher, initially to discuss another matter, and telling him, "I'd take him if I were you." Shanahan said no other team called to ask his opinion about Griffin.

"Robert called me and wanted to thank me for saying such nice things," Shanahan told ESPN980 co-hosts Kevin Sheehan and Thom Loverro Wednesday.

That led to Shanahan doling out advice to the fifth-year quarterback.

"I said, 'Robert, I believe this. I'd be more than happy to talk to all the guys. Have them give me a call on your behalf,' " Shanahan said. " 'I was with you when we did some things nobody else has ever done and you still have that opportunity if you want to go that direction. If you don't, then I think you're going to struggle.' "

As a rookie under Shanahan in 2012, Griffin set a record for highest passer rating by a rookie quarterback (102.4). He threw for 3,200 yards and rushed for 815 in a game plan that featured the zone read action around 20 percent of the time and was heavy on play-action passes.

Griffin didn't play last season and was inactive for all but one game, having lost his starting job to Kirk Cousins and then relegated to third string. In 2013 and '14, he threw a combined 20 touchdowns to 18 interceptions and ran for 665 yards.

The Redskins' current staff did not feel Griffin could be that sort of dynamic 2012 version anymore after he tore his ACL and dislocated his ankle.

Griffin reportedly balked at continuing in the zone read after his rookie year.But Shanahan said he told Griffin that's the style he needs to play.

"I [told him I] want you to know what your capabilities are," Shanahan said. "I had already talked to him about things I wasn't happy with right after the Super Bowl. But there's no sense rehashing that. [I said], 'Let's talk about the things you did good and why you had that success.' "

Shanahan said Cleveland coach Hue Jackson would be good for Griffin because he has run multiple styles, in coaching different quarterbacks. Shanahan said during Griffin's rookie year that the zone read protected him from getting hit more than he would have in the pocket, and that Griffin would take time to develop as a passer because the system he used in college was so different than what was used in the NFL.

"You're going to struggle," he said he told Griffin. "You've got some great talent and that comes in time, but you haven't been out there the last couple years. It will take some time, but be patient and go back to the things you did great and take advantage of it just like you did as a rookie, but be all in support of whoever's out there and have some fun."

Shanahan said he thinks Griffin looks back on 2012 now and realizes how much his run ability pressured defenses and forced them to change, and also gave him extra time on play-action throws.

"If he looks back now," Shanahan said, "it would be silly for him to go to a dropback game if that's all somebody does. To get to the next level, if you haven't done something there's a learning curve and it takes a lot of time in that classroom studying film to understand the strengths and weaknesses of a defense to where you don't have to think, you can react." 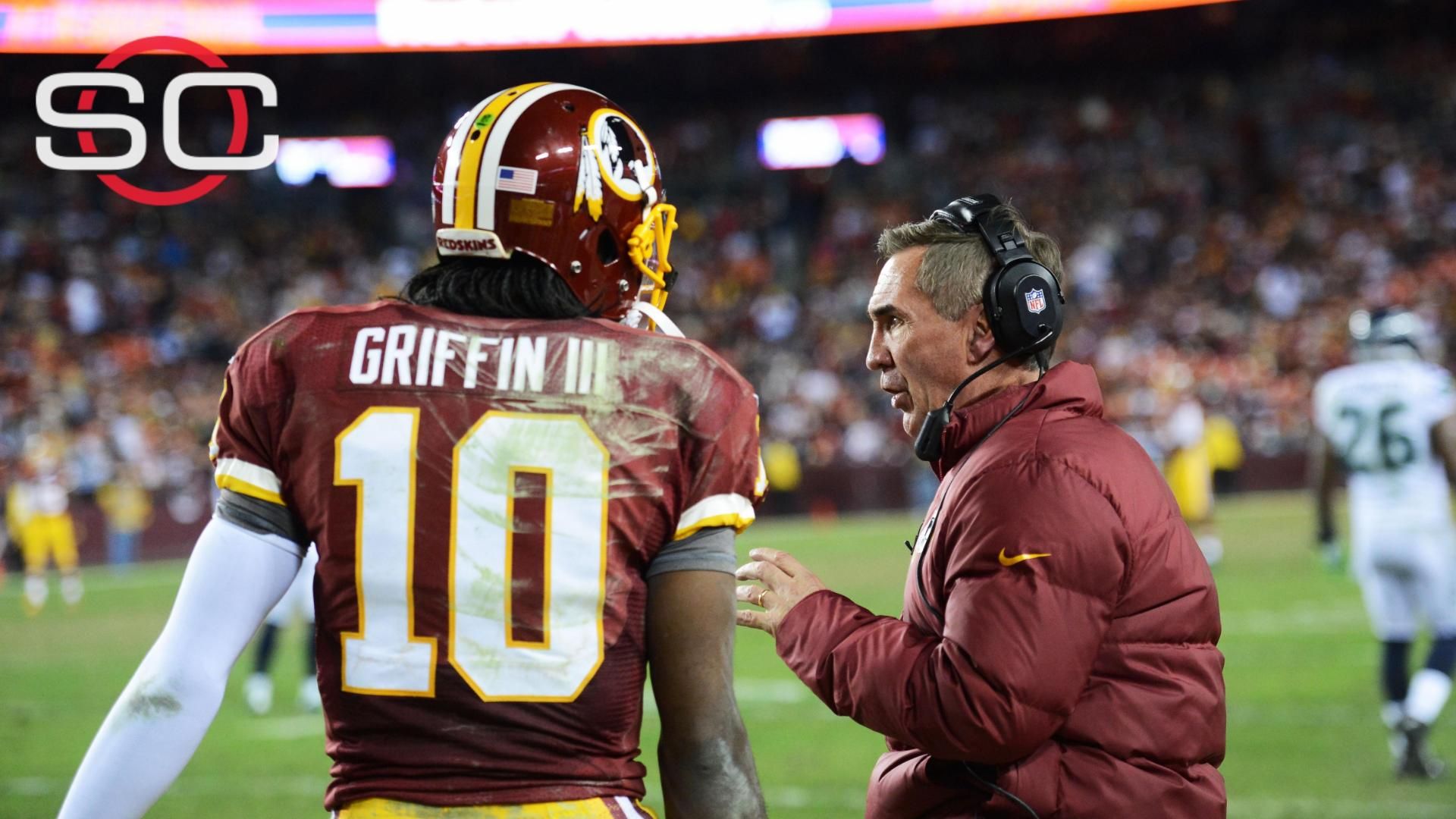