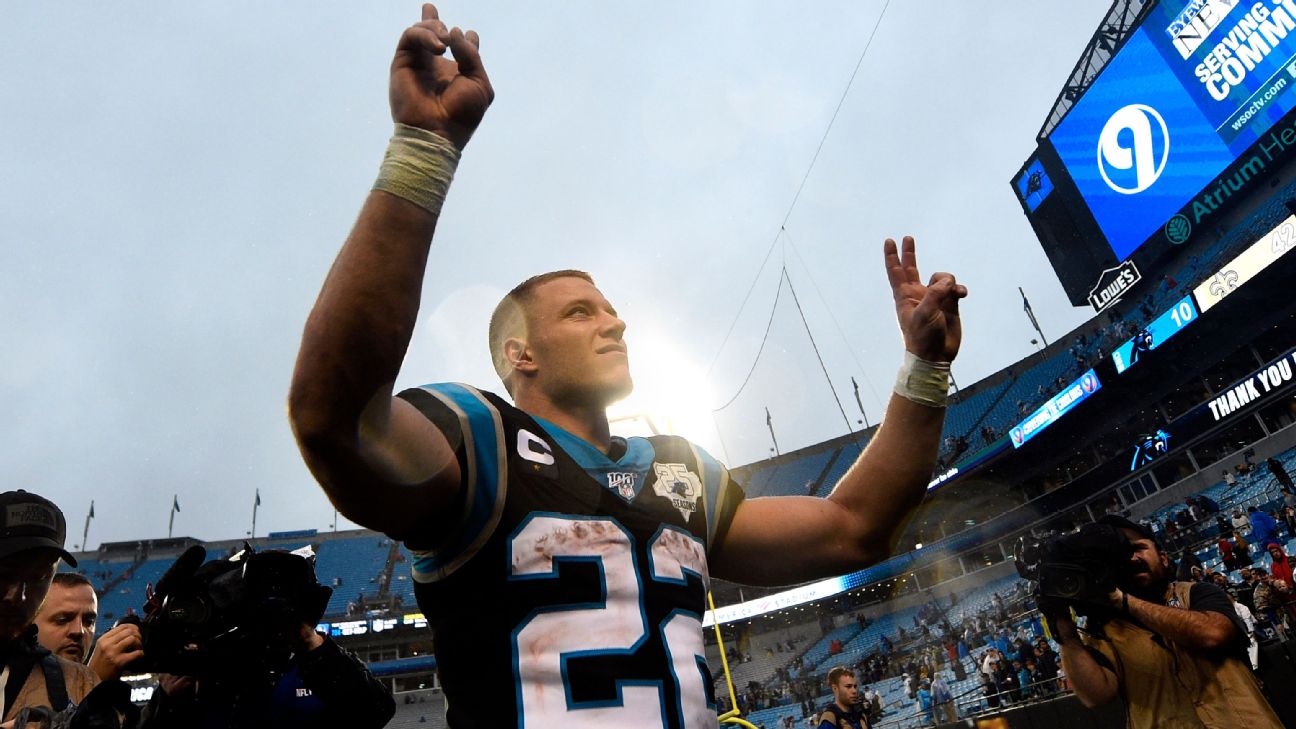 NEW YORK -- Christian McCaffrey's versatility and superb statistics helped him to a rare double: The Carolina Panthers running back has made The Associated Press NFL All-Pro Team at two positions.

McCaffrey rushed for 1,387 yards and 15 touchdowns and caught 116 passes for 1,005 yards and four TDs this season. He became the third player in NFL history to finish with at least 1,000 yards rushing and 1,000 yards receiving in the same season, joining Hall of Famer Marshall Faulk and Roger Craig, who is on the senior ballot for the Hall this year.

McCaffrey was selected as the first-team running back and the top flex player in voting by the 50 members of a nationwide media panel who regularly cover the NFL. The flex position was created in 2016 to reward players who epitomize the way offense is now played in pro football. No one fits that description better than McCaffrey, whose terrific season came for a 5-11 team.

"It means a lot," says McCaffrey, a third-year pro. "It is a big honor, and that is something that you don't work hard for it, but when it comes you are really grateful and appreciative."

Ravens sensation Lamar Jackson, who in his second season led Baltimore to a league-best 14-2 mark, was chosen as the quarterback. Jackson and McCaffrey were among 14 first-time All-Pros.

Los Angeles Rams safety Eric Weddlewitnessed the jukes and jaunts of Jackson firsthand during a 45-6 Ravens romp on Nov. 25.

"When you get on the field and you get to the speed of what they run, it's tough," says Weddle, a former All-Pro and Jackson's teammate in Baltimore last season. "I mean, some of the plays I didn't know who had the ball because they run it so efficiently. [Jackson] is one of a kind; he's pretty special."

"When you got here and people start talking about All-Pro and that's the best of the best, you're like, 'Pro Bowl is cool, but I need to get the best of the best,'" says Wagner, who led the NFL in tackles this season. "As you get older, you kind of understand how hard these things are to get. And so you don't take any of them for granted and are very grateful for your health, grateful for your teammates. As you get older, you reflect and you appreciate things differently that you might not have had when you were young."

"It's just pretty crazy that I was at a little D-III school and I'm like, 'If I'm going to play this game, I'm going to play to be the best I possibly can be,'" he said, adding that the All-Pro designation is "pretty awesome. It's pretty cool."

Not surprisingly, Baltimore led the All-Pro team with five selections, while New Orleans had four. There were 16 AFC players and 13 from the NFC. 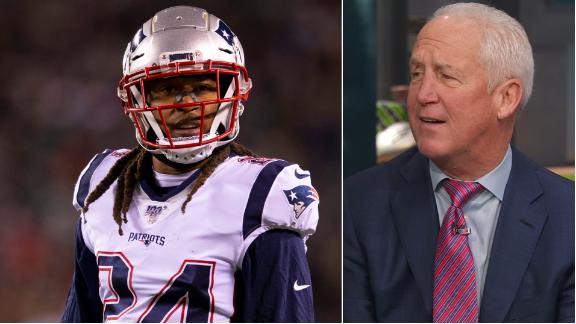