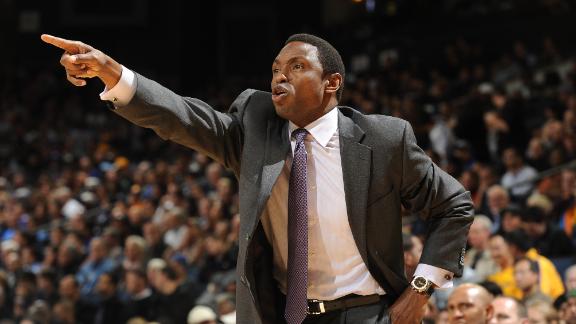 
Johnson, who played 16 years in the league and was a point guard on the 1999 champion San Antonio Spurs, achieved his greatest coaching success with the Mavericks. Dallas won 60 games twice, and Johnson was the NBA coach of the year in 2006 after guiding the Mavs to the NBA Finals, where they lost to the Miami Heat in six games.


Alabama swung and missed on Wichita State's Gregg Marshall earlier in the week after offering him a deal worth $4 million per year. Marshall opted to stay with the Shockers on a seven-year deal worth $3 million annually, sources said.


The Crimson Tide fired Anthony Grant last month after six seasons in which he went117-85.