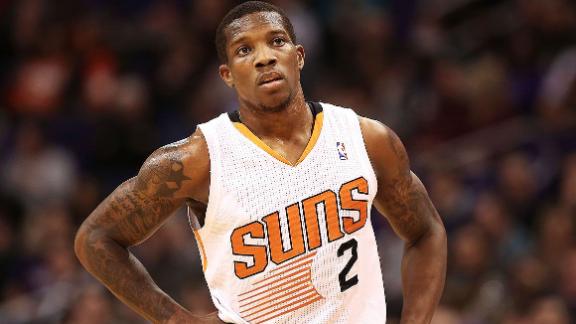 With just days before the start of training camp, the Minnesota Timberwolves are making a final push to acquire restricted free-agent guard Eric Bledsoe in a sign-and-trade with the Phoenix Suns, sources told ESPN.com.

The Wolves are offering Bledsoe the four-year, $63 million maximum level contract that he has been seeking, sources said, but because of cap restrictions, the only way he can join the team as currently constructed is through a sign-and-trade deal. Bledsoe and the Suns have been in a stalemate all summer after the team offered him a four-year, $48 million deal in July.

This is a renewal of talks that have stretched over the past several months. The teams had discussions involving a Kevin Love trade that would involve Bledsoe but never made serious traction on a deal.

The Wolves, who acquired No. 1 overall pick Andrew Wiggins after trading Love to the Cleveland Cavaliers last month, see Bledsoe as a strong running mate to their new franchise player and have made some aggressive offers to Phoenix to try to get them to accept a deal.

Bledsoe has made it clear to the Suns and any other team that he was only interested in signing a max contract and otherwise would sign a one-year, $3.7 million qualifying offer with the Suns that would enable him to become an unrestricted free agent next year.

The relationship between Bledsoe and the Suns has eroded over the contract impasse, and the Suns signed free-agent guard Isaiah Thomas to a four-year, $27 million deal in July after drafting guard Tyler Ennis in the first round in June.

Bledsoe averaged 17.7 points and 5.5 assists in 43 games for the Suns last season after being traded from the Los Angeles Clippers. He suffered a midseason meniscus injury to his right knee and returned after surgery.

Fox 10 in Phoenix earlier reported the Wolves were prepared to make a maximum contract offer to Bledsoe.