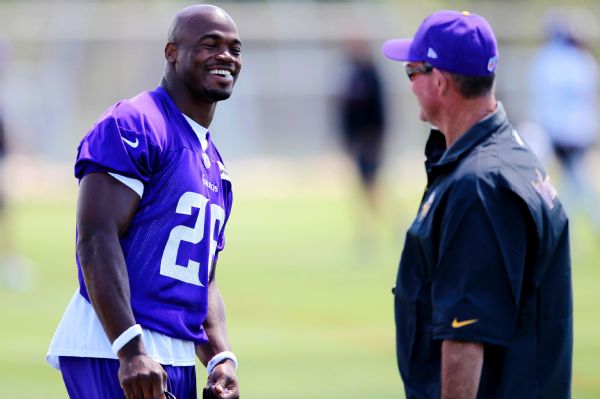 EDEN PRAIRIE, Minn. -- The Minnesota Vikings designated running back Adrian Peterson for a return from injured reserve on Wednesday, and cleared Peterson to practice as part of his recovery from a torn meniscus.

Peterson had said in a radio interview on Monday he was hoping to return on Dec. 24 against the Green Bay Packers, but added he would have a better idea of where his body was after practicing, and he didn't rule out the possibility of playing on Sunday against the Indianapolis Colts.

Asked on Wednesday whether Peterson might be able to play on Sunday, Zimmer said, "I don't know. We'll see."

The coach said Peterson would be a full participant in practice this week but said he didn't know whether the team would get an emotional lift from Peterson returning.

Asked if a Peterson return would lift his own spirits, Zimmer said, "I don't know. I haven't seen anything yet."

The NFL's leading rusher a year ago, Peterson had gained 50 yards on 31 carries before tearing the meniscus in his right knee on Sept. 18 against the Green Bay Packers. He opted for a full repair of his meniscus on Sept. 22, which threatened to end his season.

But sources told ESPN in November that a return for the Colts or Packers game was possible, and Peterson said last week he was feeling almost back to where he was before surgery.

His return would provide some logistical puzzles for a Vikings offense that has shifted since the running back's injury.

According to ESPN Stats & Information, only six teams have been in the shotgun more than the Vikings since Pat Shurmur replaced Norv Turner as the team's offensive coordinator in Week 9, and the team has thrown the ball on 226 of its 370 plays in that time.

"Right now, we're not going to worry about those things," Zimmer said.

"When the time comes, we'll talk about the things he does. It's like any player that comes back: You try to figure out what they can do well, how you can fit it into the system and the things you need to change." 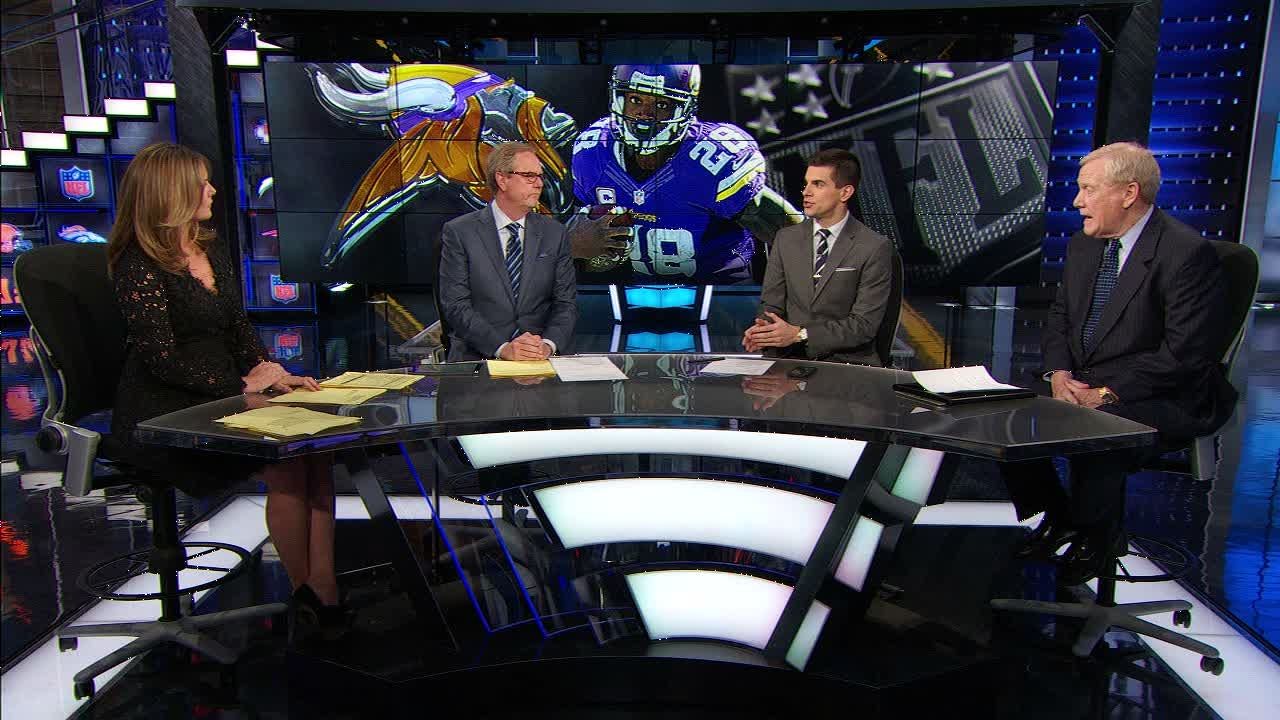