Villanova, Syracuse fall out of Top 25 poll as Duke, Kansas stay on top 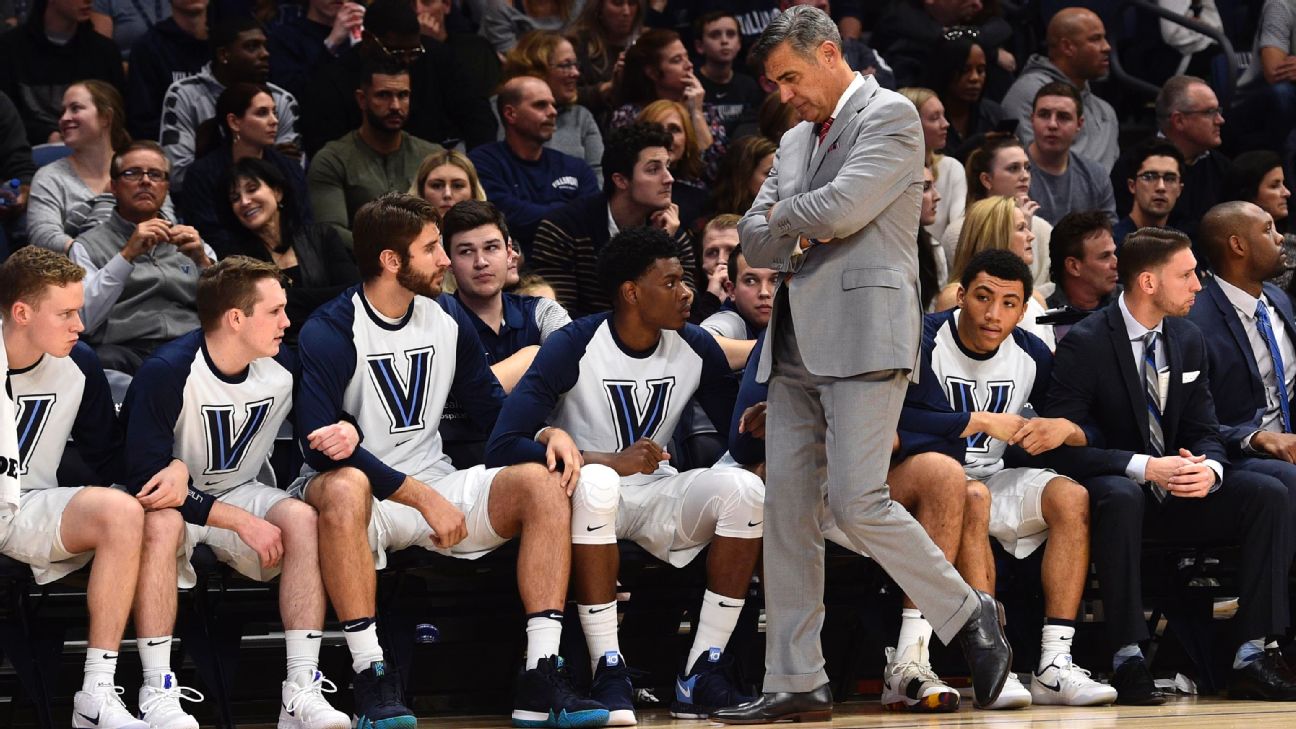 Two of college basketball's blue bloods remained firmly entrenched atop the AP Top 25 after a week of easy wins, while two more tumbled all the way out after a week filled with defeats.

One of them happens to be the reigning national champion.

While top-ranked Duke and No. 2 Kansas did little to hurt their status as early national title contenders, Villanova and Syracuse slid all the way out of the Top 25 on Monday. The Wildcats lost a rematch of last year's championship game with Michigan, then lost in overtime to Furman on Saturday to give coach Jay Wright's team back-to-back losses for the first time in five years.

The Wildcats had risen to No. 8 last week. They were among those receiving votes this week.

The Wildcats are trying to replace key players Mikal Bridges, Jalen Brunson, Donte DiVincenzo and Omari Spellman after last year's championship run. And while a strong recruiting class is trying to find its way, the Wildcats are off to a 2-2 start for the first time since 1997.

They're also the first national champion to start 2-2 since UCLA in 1995.

The Wildcats weren't the only big-time program to take a tumble this week. Syracuse dropped from No. 15 to out of the poll after losing to Connecticut and Oregon in the 2k Classic.

"We have to play better offensively [if] we're going to be successful. Our defense is nowhere near the point it was last year. That's something that also has to get better," said Syracuse coach Jim Boeheim, whose team is 2-2 for the first time since the 1987-88 season. "There's no doubt we have a lot of work to do. We're a long ways away."

"I think in the past few days we grew up a bit more," said Blue Devils coach Mike Krzyzewski, whose team played San Diego State in the first round of the Maui Invitational on Monday.

"It's a great field," Krzyzewski said. "You're playing three straight days, which will never happen otherwise during the season, so success or failure there has to be looked at a little bit closer. It's a great opportunity for competition, and there are some big-time teams in the tournament, which usually there are when we're in the tournament."

The only major movement in the top 10 involved Villanova dropping out and Michigan (5-0) climbing from No. 18 to ninth. Nevada (3-0) remained sixth and North Carolina (4-0) seventh. Auburn moved up one spot and Kentucky (3-1) rounded out the first 10.

The Wolverines were the biggest movers, andVirginia Tech (4-0) climbed three spots to No. 13. Clemson was No. 16, followed by UCLA, TCU and LSU; each of them also moved up three spots.

Marquette joined Villanova and Syracuse in dropping from the poll after the Golden Eagles (3-1) were routed by Indiana. Oregon (3-1) dropped from No. 13 to No. 21 after splitting its games against Iowa and Syracuse in New York.

Iowa (4-0) leaped into the poll at No. 20 after beating Oregon and blowing out UConn to win the 2K Classic. It's the first time the Hawkeyes have been ranked since the final poll of the 2015-16 season.

The other newcomers this week were also from the Big Ten: Ohio State (4-0) entered at No. 23 after beating Creighton and South Carolina State, and Wisconsin squeaked in ahead of another Big Ten rival, Nebraska, at No. 25 after the Badgers (3-0) took care of Xavier and Houston Baptist.