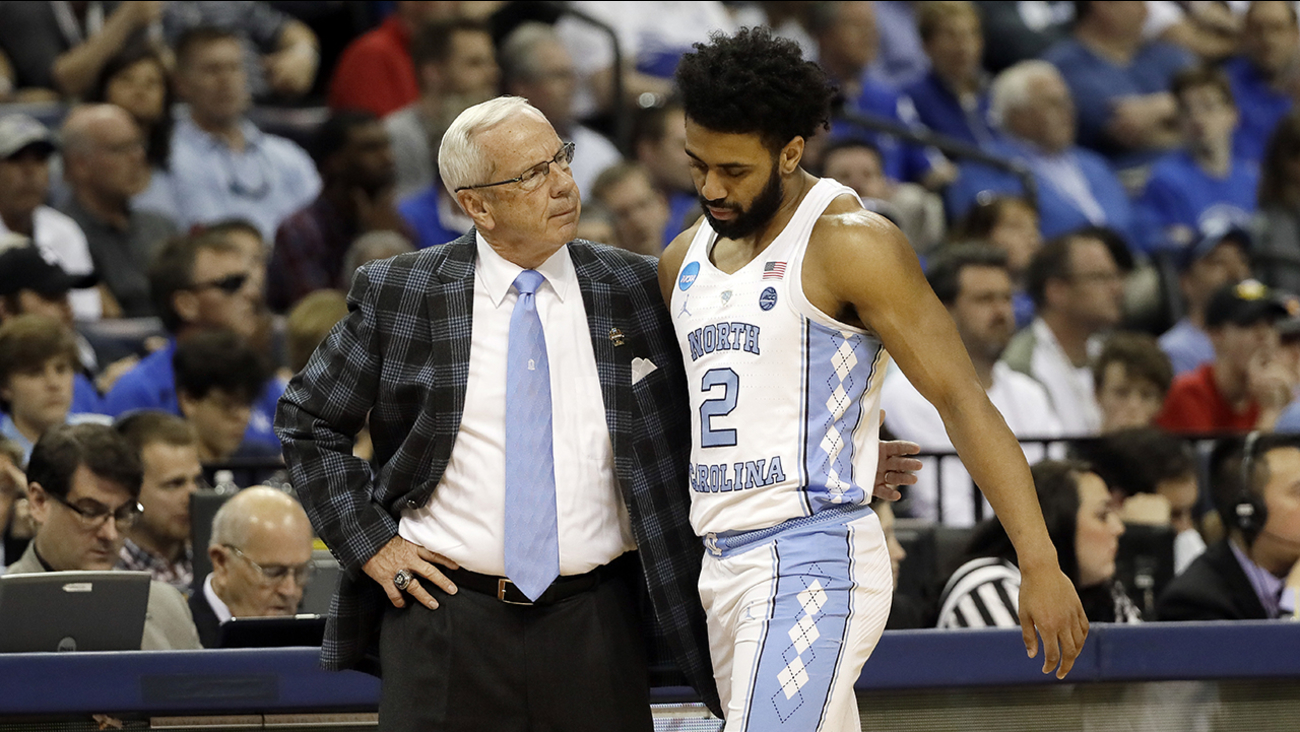 Berry sprained his right ankle in the Tar Heels' second-round win over Arkansas. It still wasn't 100 percent when he tweaked his left ankle on a drive to the basket during their 75-73 win over Kentucky.

"Hopefully by the time we get to Thursday or Friday, he'll be able to do some things in practice," Williams said. "But I'm scared to death right now because I just don't know."

Williams said the team will be cautious with Berry, who will have a "pretty full schedule of rehab" with the team's doctors this week. He added that the Tar Heels are leaving for Glendale, Arizona, on Tuesday night in part to help manage Berry's ailing ankles.

"For me, I thought it was smarter for us to go out Tuesday because some people's feet do swell when they get on an airplane," Williams said. "If that's going to happen to Joel, I'd rather it happen Tuesday night as opposed to Wednesday night."

Berry is arguably the Heels' most important player. He is second on the team in scoring with 14.6 points per game and leads the team with 3.6 assists per game.

"We probably won't let him do anything tomorrow," Williams said. "But it's hard for me to tell you because I haven't seen him and I don't know what the trainers are going to tell me to do."