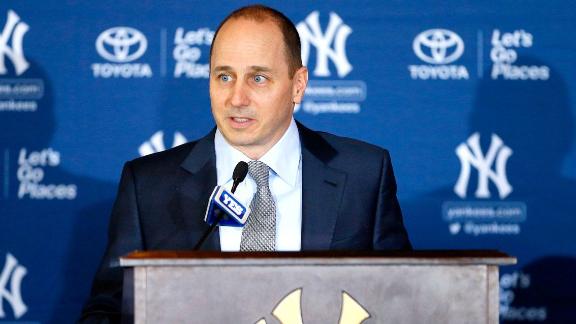 The New York Yankees have begun the process of constructing a new contract for longtime general manager Brian Cashman, sources close to the situation said.

Cashman's contract is set to expire on Oct. 31.

He just completed his 17th season as the Yankees' GM, yet they failed to make the playoffs the past two years -- the first time that's happened in consecutive seasons since 1992-93.

But Cashman's history with the organization -- his relationship with Hal Steinbrenner and the Steinbrenner family as well as the overall success of the team the past two decades -- is strong.

There were reports earlier this year that Cashman's job was safe despite the team's 2014 struggles, and now the Yankees are preparing his next deal.

Manager Joe Girardi just finished the first year of a four-year deal with the Yankees.