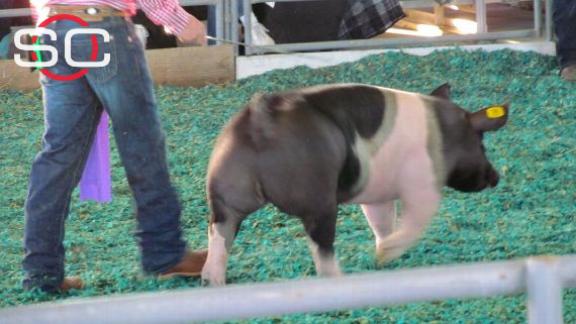 The New York Mets sent a semi-official statement Wednesday announcing the 270-pound grand-champion hog, purchased for $7,000 by Cespedes at a 4-H Club auction at the St. Lucie County Fair on Sunday night, must be slaughtered.

In an email with the subject header "Pig," a team official wrote: "Can't believe I'm sending an email out about a pig but we've gotten several questions about what's happening to the pig so I just wanted to make sure everyone has the same info. The animal can't be taken home as a pet. There is some sort of state law here in Florida that a hog bought at auction must be slaughtered. So, it's not really Yoenis' decision. It just the rule. The pig is not a pet."

PETA senior vice president Lisa Lange provided the following statement: "Yoenis Cespedes can afford $7,000 out of his own pocket, and this loving, loyal, and clever pig is paying the real price with his life. It's a shame that Cespedes dropped the ball here and missed the opportunity to send this pig to a sanctuary, where he could have lived out his days in peace. We're sending Cespedes some delicious vegan bacon in the hope that he'll open his heart, not clog it with pig fat."

The last time the Mets were involved in a controversy surrounding a farm animal, the life of the condemned animal in question was spared.

In 2012, Mets closer Frank Francisco called the Yankees "chickens" on the eve of a regular-season Subway Series matchup. That prompted fellow reliever/prankster Tim Byrdak to purchase a chicken in Chinatown and let it loose in the home clubhouse at Citi Field.

With the defending-NL champion Mets set to begin Grapefruit League play on Thursday against the Washington Nationals, manager Terry Collins has met with his veterans and informed them it's time to move past the fun stuff and focus on preparing for the season.

It nonetheless has been an entertaining two weeks with the Mets, fueled by Cespedes. He arrived in six tricked-out vehicles the first week of camp. Then he purchased the grand-champion hog at the county fair. Then he rode into camp on a horse named "Candy" on Tuesday after prodding from teammate Noah Syndergaard. 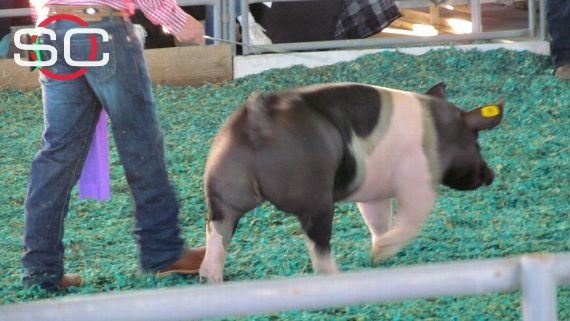