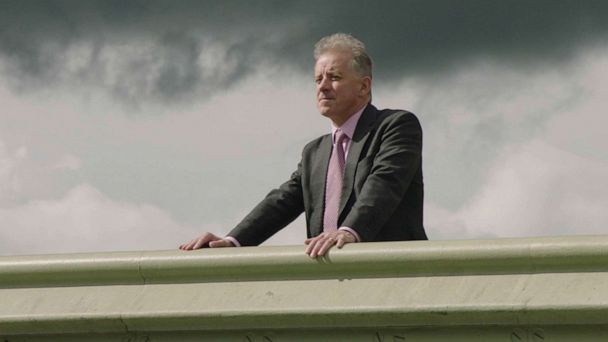 For Christopher Steele, the past five years could have been ripped from the big screen.

The saga that followed his politically-funded 2016 investigation into then-candidate Donald Trump had all the ingredients: sex, spies, intrigue. But on a recent morning in London, strolling past Royal Albert Hall billboards for the new James Bond film "No Time To Die," this real retired British intelligence officer dismissed comparisons to 007 as "amusing, really."


Steele characterizes himself as a reluctant celebrity, whose emergence from the shadows was an "uncomfortable" experience -- especially as his public persona was shaped by others in ways that were not always flattering.

"I thought it was important to come and set the record straight," Steele told ABC News' George Stephanopoulos in the first extended interview he has granted since his now-infamous "Steele dossier" became public.

"Give me a declarative sentence: 'Christopher Steele is...?'" Stephanopoulos asked.

"A patriot," Steele replied. "Somebody who has professional integrity and expertise, and somebody who is a true friend and ally of the United States."

Part of the challenge for Steele in defining himself publicly is the oath he swore decades ago, at the outset of his career with MI6, the secretive British intelligence agency.

"There's a convention in this country -- and a rule, in fact -- that Crown servants are not allowed to confirm or deny whether they've worked for the intelligence services," Steele said. "It doesn't exist in America, and so it seems probably a bit strange to Americans ... we do think slightly differently here."

"I have got an Omega watch on, and hopefully I've got good manners," Steele quipped. "But I think that's where the comparison would end."

Over the course of his career, Steele took on postings abroad in places like Moscow and Paris, where he operated undercover, clandestinely recruiting spies for MI6. Family and friends said Steele may not outwardly project the Bond image -- but that the comparison may not be as far-fetched as Steele himself would have you believe.

"It's not girls, gadgets and guns," said Stefan Cross, Steele's brother-in-law. "But I do think that he has that smoothness that James Bond has."

"He wants your secrets, so he's got to get it somehow," Cross said. "And he charms it out of you."

After leaving MI6 in 2009, Steele sought to recast himself as a businessman. He and his current partner, Christopher Burrows, launched a lucrative private intelligence firm called Orbis, seeking to attract clients interested in vetting business opportunities in Eastern Europe, specifically Russia.


MORE: 'Out of the Shadows: The Man Behind the Steele Dossier' | Streaming only on Hulu

The private intelligence business has come under scrutiny in recent years, as a result, in part, of revelations about Steele's work in the aftermath of his dossier's public release.

Critics call Steele a "spy for hire," a derogatory framing of his work as selling his trade to the highest bidders, no matter the ethical consequences.

"This industry is laden with ethical concerns," said Barry Meier, author of "Spooked: The Trump Dossier, Black Cube, and the Rise of Private Spies."

Steele told ABC News it was patriotism that motivated him to report his findings about Trump to the FBI -- not his paid work that was being financed by the Clinton campaign.

"And to those who say otherwise?" Steele was asked.

"I'd like to see what proof they've got," he replied.

Steele contested the view that he is beholden to his paying clients, calling that "oversimplistic."

"We vet our clients. We reject work. We reject clients that we don't think are fit and proper," Steele said. "We have to be incredibly careful who we work for and what we do."

Over time, Steele's work has faced increasing scrutiny. Washington Post media critic Erik Wemple wrote a series of stories blasting news outlets for having "bathed the dossier's large-bore claims in credibility that they turn out not to deserve."


And through the prism of partisan politics, those critiques only grew. Steele saw his work derided by President Trump and his allies, who relentlessly sought to undermine Steele's credibility and cast him as a "failed spy" and a "lowlife," as Trump himself said.

"I don't think we ever really appreciated what a big and enduring story this would be," Steele said. "It's been amazing, particularly in the U.S., to see that throughout the four years of the Trump presidency, my name, my company's name, and so on, have been in the mainstream media almost every single day."

At the same time, Steele confronted a more chilling prospect: becoming an enemy of the Russian president.

"At one point, you're on Vladimir Putin's hit list. How did you find that out?" Stephanopoulos asked.

"It depends what you mean by hit list," Steele replied.

"I was certainly being targeted by the Russians," Steele said, noting that Russians had stepped up physical attacks on enemies outside its borders. "Which just sort of puts it into perspective a bit that the threat is potentially out there."

He said he had adopted "protocols" to protect himself that he was not prepared to discuss.

Even still, Steele said, the passage of time has helped him grow comfortable with his new, more public posture.

"Can you sum up those five years?" Stephanopoulos asked him.

"It's probably a plot that's more unrealistic than the latest Bond film," he said.

"Out of the Shadows: The Man Behind the Steele Dossier" is available Monday, October 18, on Hulu.
Report a correction or typo
Related topics:
abc newsnational
Copyright © 2022 ABC News Internet Ventures.
TOP STORIES
LIVE COVERAGE: Winter storm arrives in NC
Why do we get freezing rain instead of snow or sleet?
Hostages in N. Texas synagogue 'out alive and safe,' Gov. Abbott says
School Closings
Find out which schools are closed in your district.
Gov. Roy Cooper warns all to prepare now for winter weather
Man shot, killed by officer at Duke University Hospital
AMBER Alert canceled for missing Durham 9-year-old boy
Show More
Tsunami advisory issued for US after volcano explosion
Netflix raises subscription prices again
N95 vs. KN95 masks: What's the difference between them?
Lee County deputy shot, expected to recover
Questions arise at vigil for man killed on I-440 by Raleigh police
More TOP STORIES News