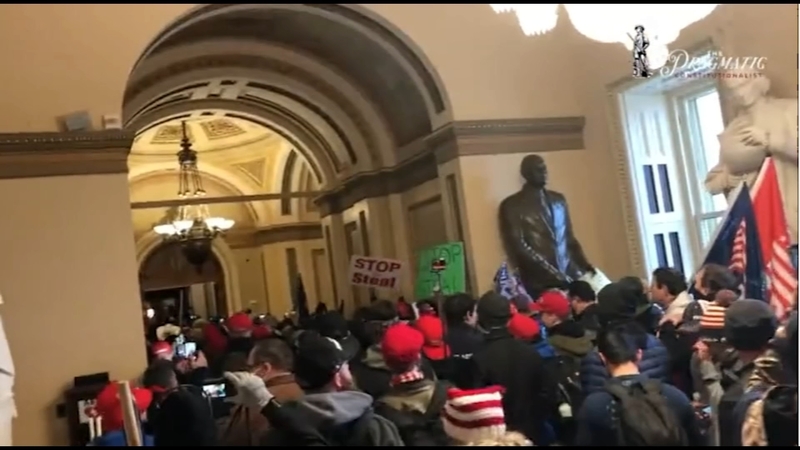 "That was the place to be, if you're a journalist, especially an independent," he said.

ABC11 spoke with Baker, a Raleigh musician and independent journalist who has a Facebook following of nearly 38,000, a few hours after the second Jan. 6 Committee hearing Monday.

Since that day, he has since been interviewed by the FBI and threatened by the US Attorney's office for his role that day though Baker said he was just there following the story as it progressed.

He was already there covering the rally on the other side of the National Mall.

"So we're standing on the other side of the reflection pool from the Capitol and I could see and hear flash bang and smoke," he said.

Extended interview with Steve Baker on the Jan. 6 riot and aftermath.

He eventually spent 35 minutes inside the Capitol shooting video. He said he went in about 10 minutes after the first West Door breach and then he left at 3 pm.

As for the hearings, Steve believes the committee isn't including enough of both sides.

"If you're going to ask the questions they're asking, it's going to further entrench their attitudes against the government," he said.

He also said it's not fair to paint every single person that was there that day with the same brush "just because they attended a Trump rally."