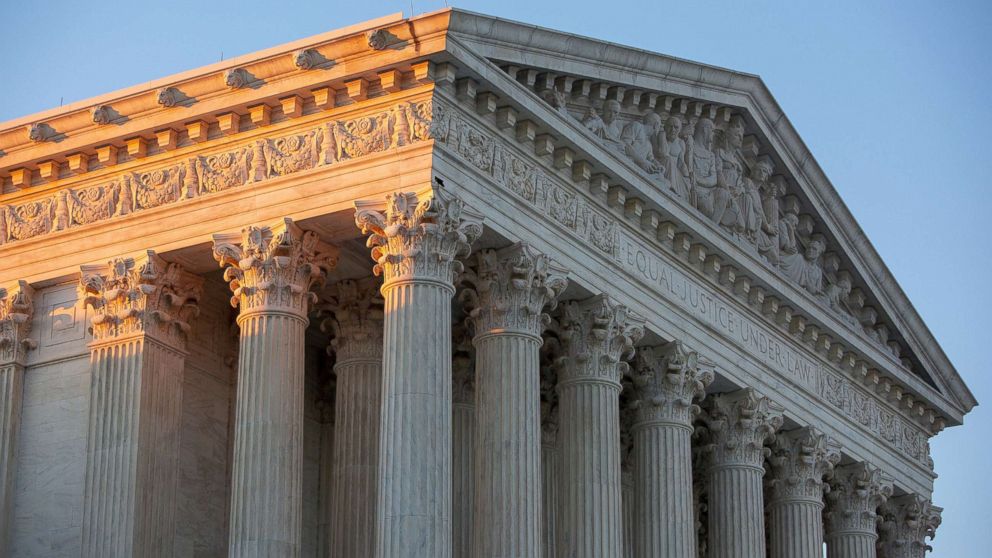 In a unanimous decision, the U.S. Supreme Court moved Wednesday to limit states' ability to seize private property involved in a crime, saying the forfeitures are subject to Eighth Amendment protection against excessive fines.

Tyson Timbs, a 37-year-old recovering opioid addict from Indiana, brought the case after state officials seized his $42,000 Land Rover following a drug conviction in 2013. A judge had sentenced Timbs to probation and a modest $1,200 fee. Timbs' argued the subsequent seizure of his vehicle by Indiana was excessive and unconstitutional.

"The protection against excessive fines guards against abuses of government's punitive or criminal law-enforcement authority. This safeguard, we hold, is fundamental to our scheme of ordered liberty, with deep roots in our history and tradition," Justice Ruth Bader Ginsburg wrote in the court's opinion.

"The historical and logical case for concluding that the Fourteenth Amendment incorporates the Excessive Fines Clause is overwhelming," she said.

The impact of the decision could be significant, legal experts say, likely triggering action in states nationwide to move toward limits on civil asset forfeiture.

"Instead of simply saying you were transporting heroin and the state is seizing your vehicle, a state would now most likely have to go a little further and consider whether that seizure was excessive or prohibited under the Eighth Amendment. That would mean a hearing or evidentiary finding," said Christopher Riano, a lecturer in constitutional law at Columbia University.

In the 26 states and District of Columbia that report forfeiture activity, law enforcement agencies collected more than $254 million in funds and property in 2012 alone, according to an analysis by the Institute for Justice, a non-profit libertarian public interest law firm.

"Increasingly, our justice system has come to rely on fines, fees and forfeitures to fund law enforcement agencies rather than having to answer to elected officials for their budgets," said Scott Bullock, the president and general counsel of the Institute for Justice. "We are grateful that the U.S. Supreme Court established that the U.S. Constitution secures meaningful protections for private property and limits the government's ability to turn law enforcement into revenue generators."

The decision also means Timbs will get his Land Rover back or compensation from the state for the comparable amount.

"Tyson paid his debts to society," said Timbs' attorney Wesley Hottot. "He took responsibility for what he did. He paid fees. He is in drug treatment. He is holding down a job. He is staying clean. Our hope and goal now is to get back his vehicle from the police so Tyson will have an easier time getting to all the different commitments he has to stay on the straight and narrow."

The opinion by Ginsburg, which she read aloud from the bench, was her first since undergoing cancer surgery in December. It is also an indication that, as the court had said in the weeks before her return to the court Tuesday, Ginsburg continued to work from home during her recovery.

Indiana had argued that the Eighth Amendment's excessive fines clause does not apply to so-called "in rem" forfeitures, or action targeting property - not an individual -- solely because of its role in criminal activity. The state argued that because Timbs used the Land Rover to buy drugs, the vehicle was a criminal tool.

But the court, citing precedent, disagreed, saying that such seizures are "at least partially punitive" against the individual and subject to constitutional limits.

"Taking my vehicle makes things unnecessarily difficult for a person like me, who already struggles. To me it doesn't make sense; if they're trying to rehabilitate and help me help myself, why do you want to make things harder by taking away the vehicle I need to meet with my parole officer or go to a drug recovery program or go to work?" Timbs said in a statement after the Supreme Court decision.

"You need a car to do all these things. Forfeiture only makes it more challenging for people in my position to clean up and remain a contributing member of society," he said.

Civil asset forfeiture - the ability of authorities to seize private property used in a crime - has become a lucrative revenue source for states and a tool to exact punishment, in many cases without insomuch as a court hearing.

For decades, critics have panned the practice as "policing for profit" and an example of unchecked government overreach.

"There can be no serious doubt that the Fourteenth Amendment requires the states to respect the freedom from excessive fines enshrined in the Eighth Amendment," wrote Justice Neil Gorsuch in a concurring opinion.

Gorsuch and Justice Clarence Thomas, while agreeing with the conclusion in the case, offered different reasoning. They said protection against excessive files was among the "privileges or immunities of citizens of the U.S." guaranteed by the Fourteenth Amendment and that Indiana violated that privilege, not a "due process" right.