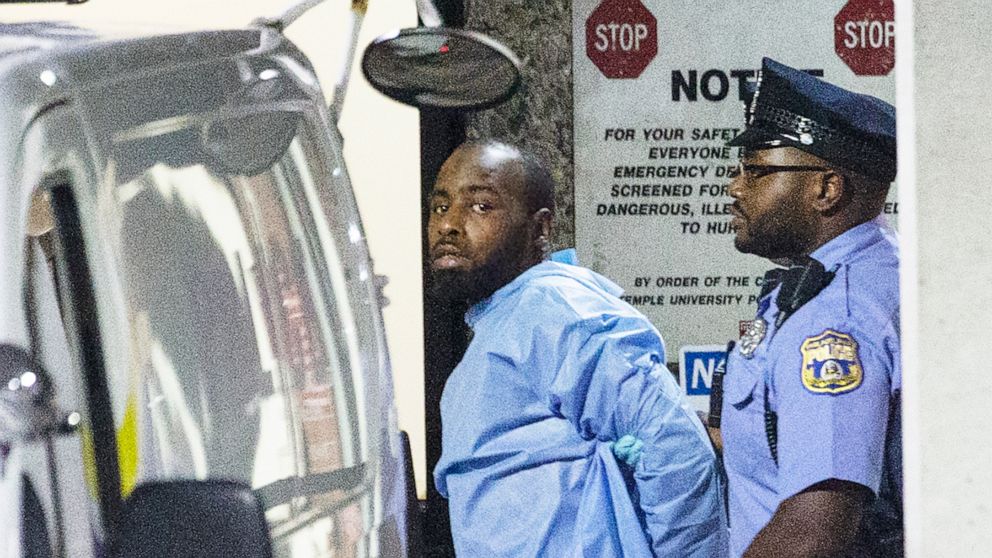 ABCNews
By ELLA TORRES
The suspected gunman who unleashed a torrent of bullets at Philadelphia police while barricaded indoors was charged Saturday with attempted murder, court records show.

Police identified Hill as the suspect who holed himself up in a North Philadelphia building during an hours-long shootout on Wednesday that left six officers wounded.

Philadelphia District Attorney Larry Krasner will announce the charges against Hill Monday morning at a press conference. Charges against four other people related to the case will also be announced.

The shootout began during a narcotics operation around 4:30 p.m. as officers entered the home to serve a search warrant. Two officers got trapped inside, while others escaped through windows, police said.

The trapped officers were safely removed from the home as of 9:30 p.m.

The suspect eventually surrendered to police at midnight, and all six officers who were shot have since been released from area hospitals, police said.

Hill has a lengthy criminal record, which includes a federal conviction, going back to the early 2000s, authorities said. He was under federal supervision until 2016, officials said.

In the wake of the shooting, local politicians have called for greater gun control, including passage of a universal background check bill and a ban on military-style assault weapons.

Hill's lawyer, Shaka Johnson, told ABC News Thursday he didn't believe any of the shooting was planned, but that things got out of hand.

Johnson said Hill, who just welcomed a baby, was afraid that he would be shot during the incident.

Johnson could not immediately be reached on Saturday.

Hill's preliminary hearing will be Sept. 5.