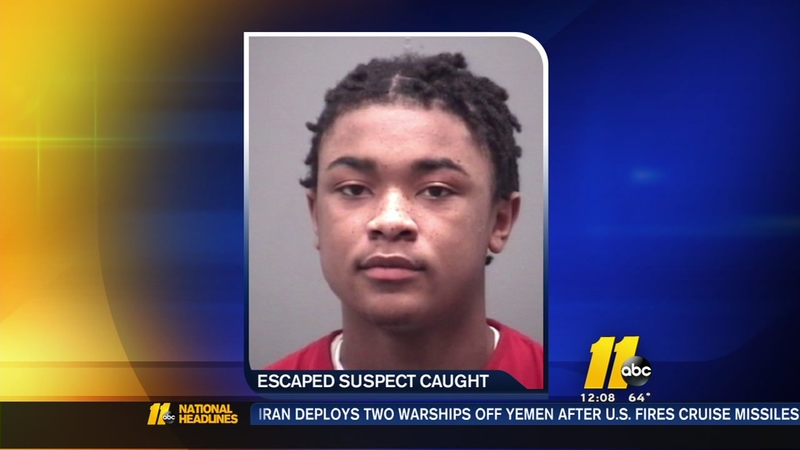 ORANGE COUNTY (WTVD) -- Authorities have captured the teenager who escaped from custody while being transported to the Orange County Detention Facility early Friday morning.

Cameron was taken into custody along Highway 57, just north of Hillsborough, around 7 a.m. after he was last seen in the town near the intersection of Highway 86 and Highway 70 when he jumped from a moving transport vehicle.

Authorities said the 17-year-old has lived in the Hillsborough area and has family ties to the community.

At the time of his escape, officials said Cameron was restrained with leg irons, handcuffs, and a belly chain.

It is unclear if he was injured while fleeing.

The Orange County Sheriff's Office used an emergency notification system to alert residents in the area about the incident.