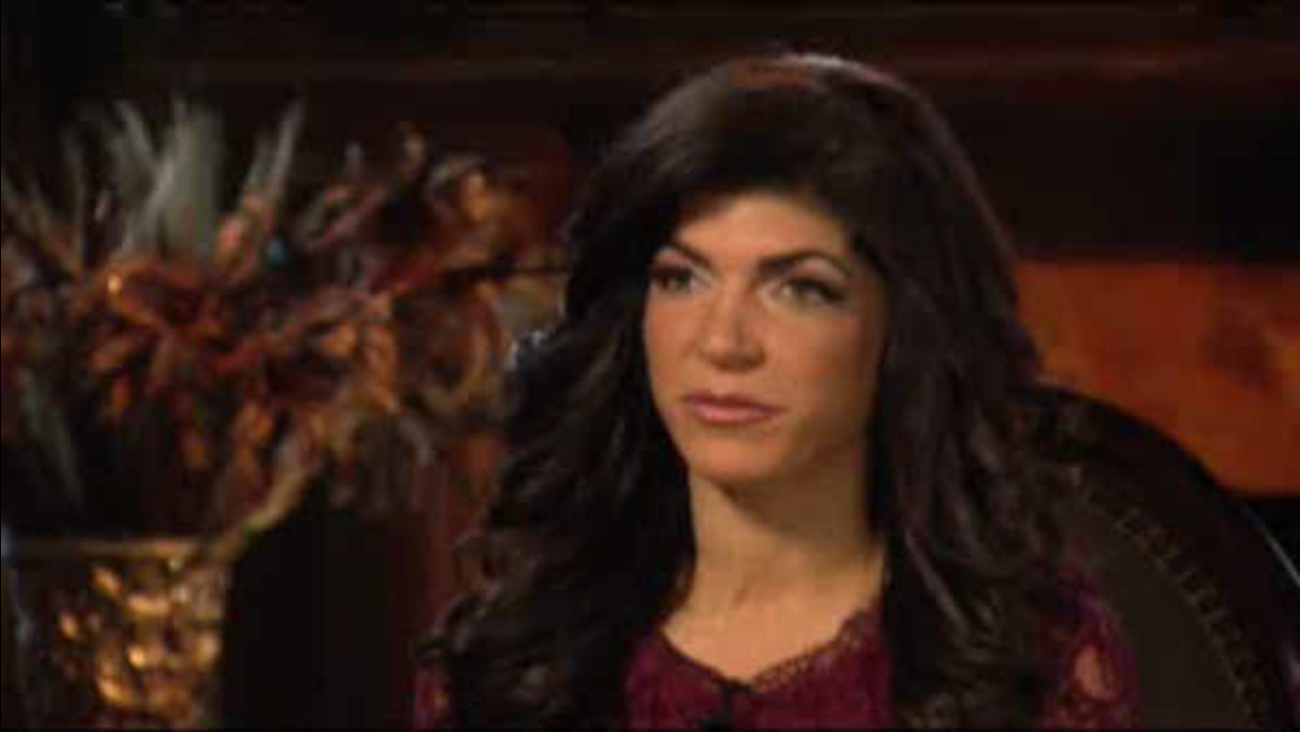 Giudice was sentenced to 15 months for bankruptcy fraud and conspiracy to commit wire fraud.

Her attorney James Leonard says Giudice was anxious to "get this nightmare behind her" so she can return home to her family.

Giudice's husband, Joe was sentenced to 3 and a half years.

There will be two years supervised release following both prison terms, and after Joe finishes his sentence, he will be turned over to INS for possible deportation.

The sentences will be staggered to allow for childcare. The couple has four young children.

Salas slammed them during the hearing for not disclosing all their assets in a pre-sentencing report. She said they didn't include all the recreational vehicles they own.

The Giudices pleaded guilty to concealing income and lying during bankruptcy proceedings.

Sals also excoriated the Giudices for "omissions and inconsistencies" in their listing of assets. Defense attorneys claimed Joe Giudice has no idea what things cost.

It also appears Joe Giudice, 43, failed to file tax returns for the last several years despite being required to per his plea agreement.

The judge agreed with prosecutors' contentions that the omissions and inconsistencies on the Giudices' pre-sentence submission is similar to their criminal conduct. The judge said that getting financial information from the couple is like pulling teeth.

The couple accepted a package plea deal in March from the U.S. Attorney's Office, admitting they hid assets from bankruptcy creditors and that they submitted phony loan applications to get about $5 million in mortgages and construction loans.

They each pleaded guilty to several counts, including bankruptcy fraud, conspiracy to commit mail fraud and wire fraud, and failing to pay taxes.

Teresa released a statement after their plea deal court appearance:

"Today, I took responsibility for a series of mistakes I made several years ago. I have said throughout that I respect the legal process and thus I intend to address the court directly at sentencing. I will describe the choices I made, continue to take responsibility for my decisions and express remorse to Judge Salas and the public. I am heartbroken that this is affecting my family, especially for my four young daughters who mean more to me than anything in the world. Beyond this, I do not intend to speak specifically about the case outside of court, at the recommendation of my attorney and out of deference of the government and our legal system."