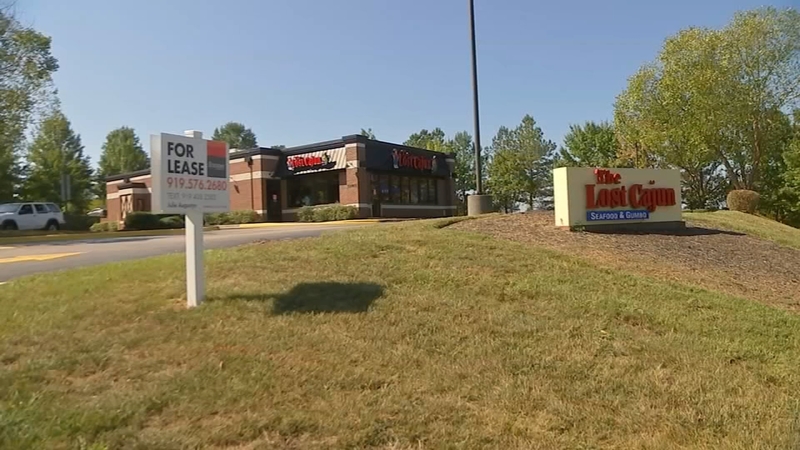 RALEIGH, N.C. (WTVD) -- Employees at The Lost Cajun on Forest Pines Drive in Wakefield said the restaurant shut down suddenly in September, leaving them nowhere to work and with bounced paychecks.

Cook Karla Monroig and server Daphne Alber said at least half a dozen employees had the same experience and aren't getting answers.

"It's been very stressful," Monroig said. "Most of it is the job insecurity because I have my bills coming up. If you don't have a job, you can't move forward."

Alber, who worked there since last December, said she is owed $60 for two weeks of work. Though she acknowledges that it is not a large amount, she said many in the industry live paycheck-to-paycheck so this has a big effect.

"I live by myself so when they put me out of a job, I have no way to pay my bills right now and they won't make good on the checks that they bounced," Alber said. "It's the fact that I did the work for you; you don't feel the need to pay me for the work that I did for you?"

She said she's been looking for employment and found a new job but won't start there for a week.

Monroig is still looking for employment. She is owed nearly $200 plus a bounced check fee.

The employees said they're not getting answers.

ABC11 reached out to the corporate office and owner for comment. Rob Dyer, owner of the former Lost Cajun location, said he only found out Thursday about the bounced checks and that employees who did not get paid will be taken care of.

The company's corporate office told ABC11 that ""We have recently been made aware of the unexpected closing of the Wakefield location initiated by a Raleigh resident and owner and operator of "Poyboycarolina, LLC," former local franchise owner, and the resulting owed payments to employees. Because all franchise locations are independently owned and operated, we've reached out to the particular franchise group in question to resolve this matter immediately. We are hopeful for a positive and timely resolution."

"We regret to inform you that with a heavy heart we have decided to close our Wakefield location. This was not an easy decision and we want to thank you all for your support."