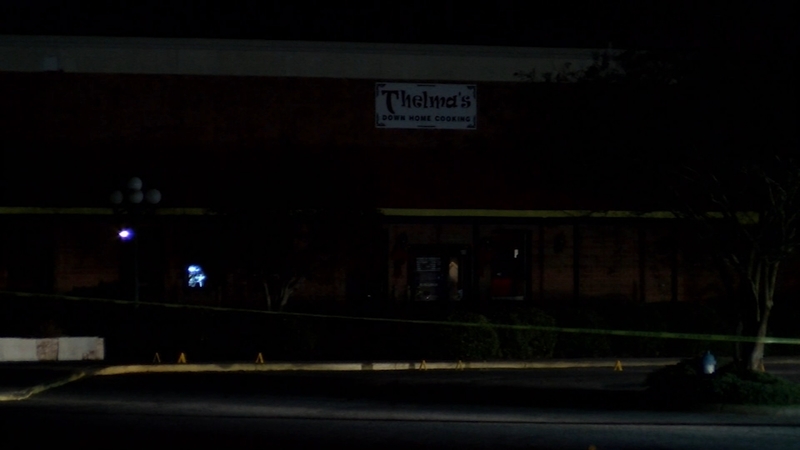 It happened at Thelma's Down Home Cooking at 1935 Jake Alexander Blvd, according to WSOC.

Police were called to the scene at 12:05 a.m. after a party at the restaurant.

Six people were shot, two were trampled and one was treated for anxiety, according to WSOC.

One shooting victim was airlifted to Wake Forest Baptist Hospital and the others shot were taken to Rowan Regional Medical Center.

Officials have not identified any suspects, and they are asking if anyone has cellphone video or photos that could help them along with the investigation.
Report a correction or typo
Related topics:
salisburyncshootingpartyrestaurant
Copyright © 2022 WTVD-TV. All Rights Reserved.
SHOOTING
Third arrest made in Black Friday shooting at Streets at Southpoint
2-year-old accidentally shot himself in Harnett County
2-year-old shot in Harnett County while sitting in car with mother
Deputies investigate shooting at Harnett County home
TOP STORIES
Cooper 'more concerned' about this winter storm than the last one
Winter storm likely to hit east of I-95 hardest
Schools in Wake, Durham counties to close Friday
Contact tracers' role changes as pandemic reaches new heights
Flavor District, Triangle's largest 'ghost kitchen' to open in fall
Residents in Wilson prepare for black ice and snow
Reporter hit by car on live television, but continued reporting
Show More
Check your tires before -- and after -- the wintry weather
American Airlines flight diverted over maskless passenger
Only one monoclonal antibody treatment is effective, NIH says
Florida doubles down on anti-critical race theory legislation
LATEST: Governor says focus on vaccines, testing -- not mandates
More TOP STORIES News