All tornado and severe thunderstorm warnings for the ABC11 viewing area have ended. A Wind Advisory remains in effect until 4 p.m.

Emergency managers reported a swath of tree damage in southeastern Alamance County near Sutphin and Saxapahaw. Some of the trees fell on homes and other structures, but there are no reports of serious injuries at this time.

RELATED: At least 20 dead as severe storms, tornadoes sweep US south on Easter

The National Weather Service said around 12:30 p.m. that it confirmed the damage in that area was consistent with at least an EF-1 tornado. Peak winds reached 100 mph. 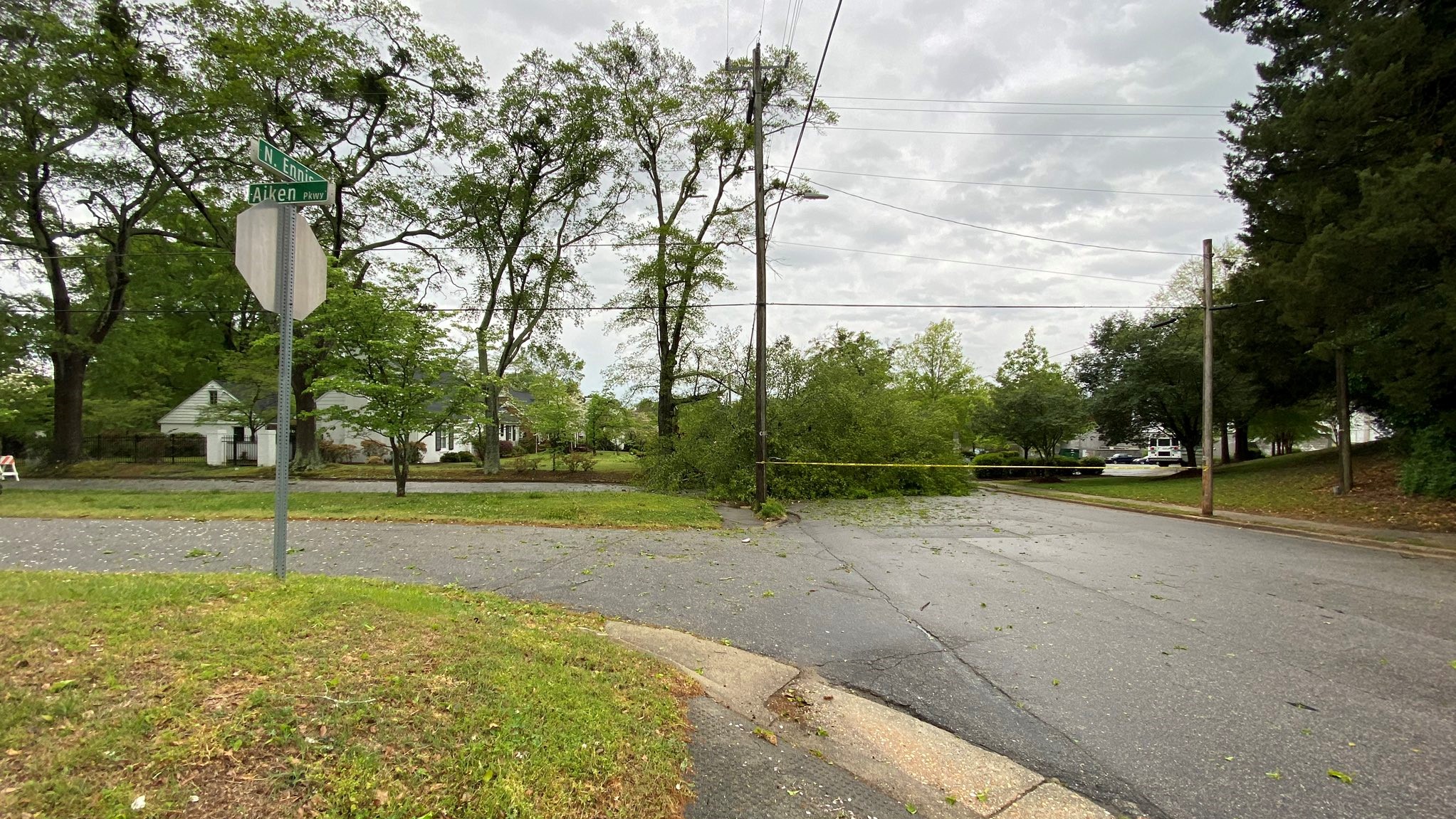 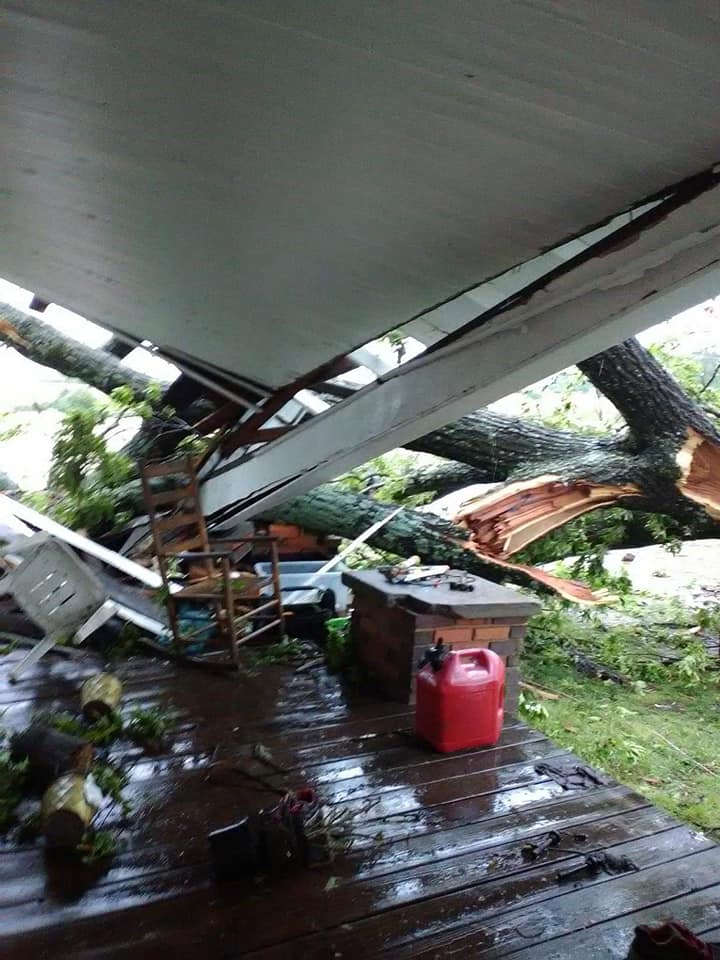 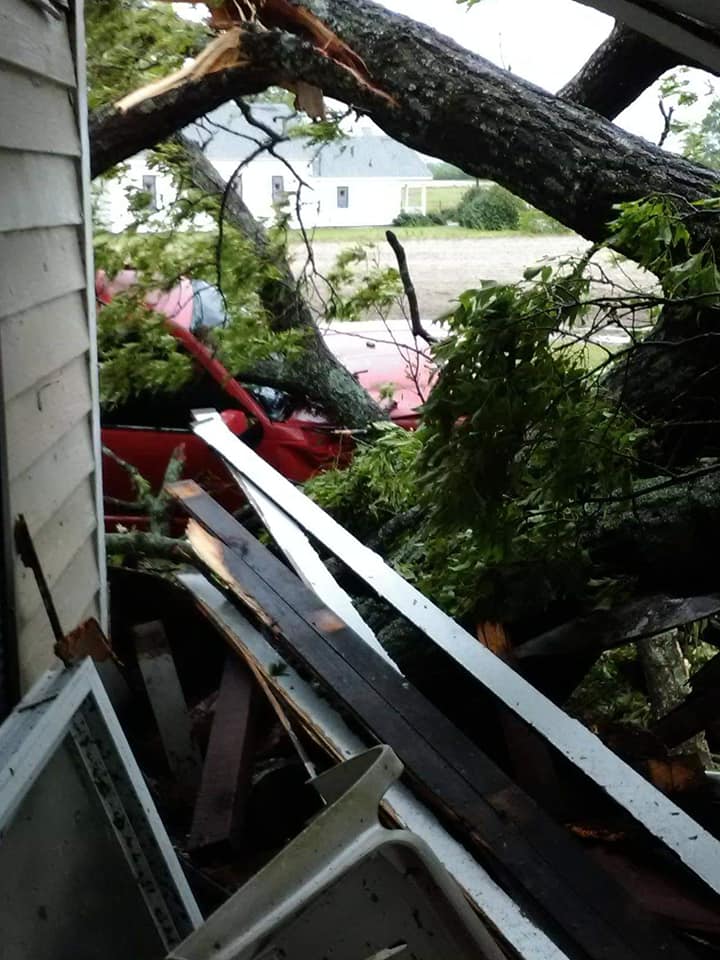 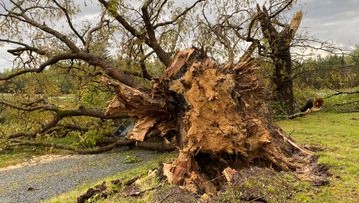 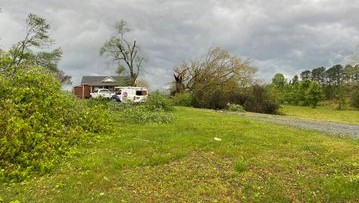 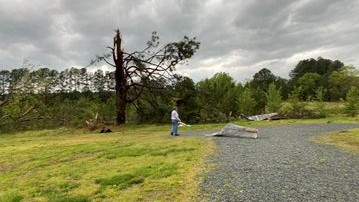 There were also reports of wind damage in Sanford, Durham County and Chatham County.

The severe storms left one woman dead after a tree crashed into her bedroom.

The Davidson County Sheriff's Office said the 61-year-old woman lived in Lexington, about half an hour south of Winston-Salem and northeast of Charlotte along Interstate 85.

The sheriff's office said a man who also was in the bedroom suffered minor injuries. The identifies of the man and the woman have not been released.

The western part of North Carolina also experienced extremely heavy rain and flash flood warnings in places that include Boone.

No other deaths were immediately reported statewide. A woman in Charlotte was injured after a large tree fell on her residence

ABC11's First Alert Weather Team said even with the storms moving out of the area, the strong wind will remain through the early afternoon.

Here's a play-by-play time frame of what to expect for central North Carolina throughout Monday:

By Afternoon there may be a lingering shower in a few spots across central North Carolina, but this is when most of us begin to dry out. It will still be windy even after the storms have passed. Then by late afternoon, some sunshine will break through the clouds and allow temperatures to rise into the low 80s.

Monday evening and night will be mostly clear and much cooler with overnight lows in the upper 40s/low 50s.

RELATED | Tornado watch vs warning: What to do when you see alert messages

The Associated Press contirbuted to this report.