Durham boy with terminal illness wishes for a tree house

ABC11 Together highlights the strength of the human spirit, good deeds, community needs, and how our viewers can help
WTVD
By Gloria Rodríguez 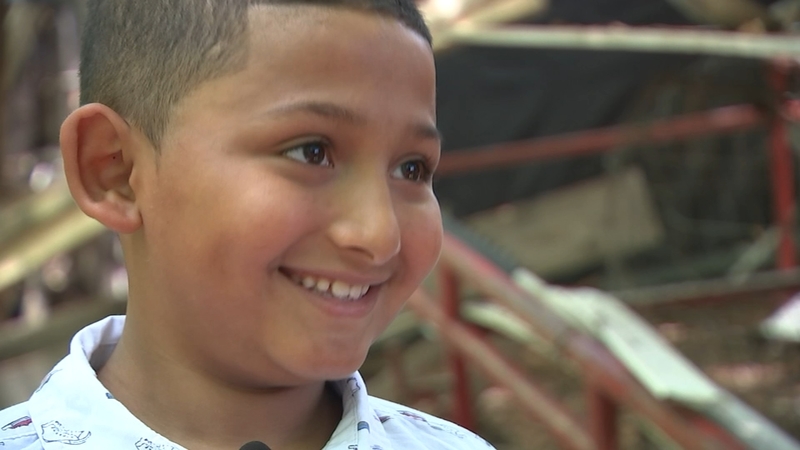 Dying Durham boy wishes for his own tree house

DURHAM, N.C. (WTVD) -- A Durham boy with a terminal illness has a wish: to have his own tree house.

Lorenzo Andrade-Cruz, 8, has ALD, a genetic condition that affects the brain.

Lorenzo Andrade-Cruz, 8, of Durham, has a terminal illness and his wish is to have a treehouse. An organization is stepping in to help his dream come true. #ABC11 pic.twitter.com/teN1nuKnR0

Though Lorenzo doesn't have symptoms now, that is likely to change.

"You stop walking," he said. "You stop chewing. And you stop talking."

The disorder took both of his brothers' lives. Jonathan died at the age of 11 in 2017 and 15-year-old Christian died in May.

Their deaths took a toll on the family.

"Really hard for me," Lorenzo said.

His mother, Noborina Cruz-Ponce, has hope but said there's no cure for ALD.

"There's no way to prepare him because it's very difficult," Cruz-Ponce said in Spanish.

How you can help Lorenzo, 8, of Durham, get his dream treehouse at 6p #ABC11 . Lorenzo has a terminal illness and Jamie’s Dream Team wants to help make his dream a reality. pic.twitter.com/1ZMC5N9Wv3

She wants to make his life the best she can. That's why the tree house means so much.

His younger sister, who does not have the disease, looks forward to joining Lorenzo in the tree house.

Lorenzo can't wait for the day his tree house is built.

"I will explode," he said happily.

But before that happens, the organization needs to raise money. They're hoping a contractor will take the lead on planning and building the tree house.