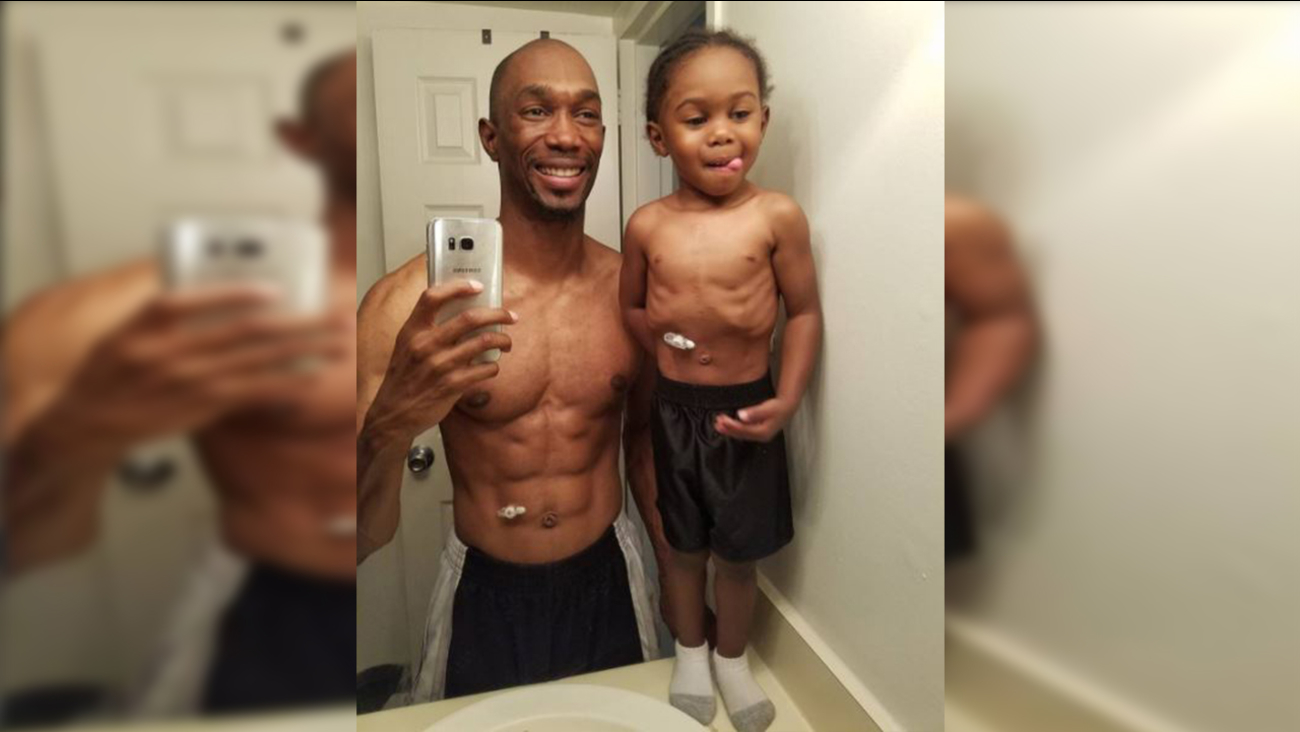 According to to the U.S. Department of Health and Human Services, Tetralogy of Fallot affects 5 out of every 10,000 babies (Credit: Robert Selby/Instagram)

VIRGINA (WTVD) -- One Virginia father is touching the hearts of social media users after sharing a photo of himself posing with his young son who was born with a congenital heart defect.

Robert Selby, 33, became a first-time dad in October 2013, and he told ABC News he wasn't prepared when they diagnosed his son Chace with Tetralogy of Fallot, or a congenital heart defect, the same day he was set to go home.

Tetralogy of Fallot is a very rare heart defect.

According to to the U.S. Department of Health and Human Services, it affects 5 out of every 10,000 babies.

It's also the same defect late night host Jimmy Kimmel's son was diagnosed with earlier in May.

Selby said the diagnoses came as a shock.

But Selby doesn't let that stop him from enjoying time with his son and letting him know that he's loved.

"My Mr. #stealyourheart #teamchace is sucking in his stomach, trying to show off his abs like his daddy but all you see are his little ribs. I just cut and glued one of his G-tube on me to show support for him and bring awareness. My son was born with a Congenital Heart Defect (#chd) called Tetralogy of Fallot (#tof) and he uses a Feeding-Tube (#gtube) to help with him being underweight due to him not eating orally as much since he was a baby. But as long as I'm breathing, I'll always support my son and he'll never be in a fight alone."

The sweet picture features Robert and Chace wearing matching feeding tubes, and it's getting high praise from Instagram users, with many calling him an "amazing father."

The photo has been liked almost 10,000 times within six days of its posting date.

But for Selby it isn't about the likes, it's about letting his son know that he can do anything.

"(I do it) to show how far he has come and to let him know that he can do anything, even with a heart condition... He shouldn't limit him(self) to anything in life. He's no different than anyone else."

Selby told ABC News that he's posted a picture like this once a year since Chace was 6 months old, marking the milestone of when he was able to come home from the hospital.

He's continued this tradition every year, Chace is now 3.

But Selby isn't using just Instagram to tell Chace's story, he's hoping to spread awareness about the condition though Chace's Facebook page and YouTube Channel, The Life of Chace Elijah, where he vlogs a few times a week.

"As long as I'm breathing, I'll always support my son and he'll never be in a fight alone," Selby said.