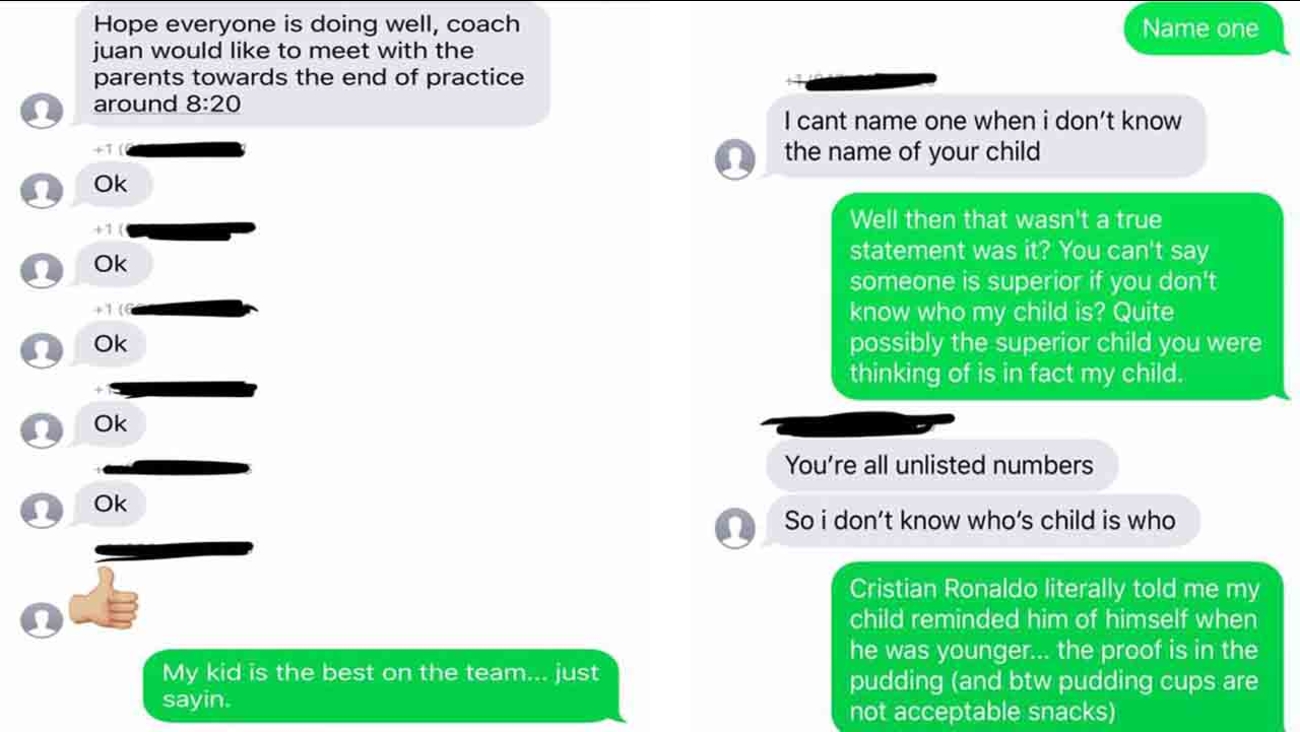 After being added to a group text for a bunch of soccer moms, this Chicago woman couldn't help but feed the trolls (Credit: Christi Rantis Lally)

CHICAGO, Illinois (WTVD) -- An Illinois woman is taking Facebook by storm after she trolled a group of soccer mom for accidentally being added to their group chat.

In September, Christi Rantis Lally was added to a group message for soccer moms. Once she realized what was going on, she couldn't resist trolling them and posting the whole conversation to Facebook.

The chat started off with one woman saying that coach Juan wanted to meet all the parents after practice. While other moms responded with "ok," Rantis Lally decided to take a different approach.

If there's one thing you shouldn't do, it's telling soccer moms that your kid is the best.

But she didn't stop there, she also insulted the snacks they serve and the participation trophies they hand out.

"Participation trophies are for little sissy players," she wrote. "By the way, the snacks suck lately."

Then, Rantis Lally kicked it up a notch after one mom said that "anyone can have talent."

"Yeah, but is everyone invited to David Beckham's house for Christmas? I don't think so."

The moms then decided that they would further discuss this 'issue" after that night's practice, while Rantis Lally said she'd only go "depending on the snack situation."

The chat ended with one final insult.

"Cristiano Ronaldo literally told me that my child reminded him of himself when he was younger ... the proof is in the pudding (and btw pudding cups are not acceptable snacks)," she said.

The best part of the whole ordeal is that Rantis Lally told ABC11 that she and her husband don't have any children - except for two dogs that she calls her babies.

The next morning, Rantis Lally came clean to the ladies and then said she blocked their numbers. However, she then started to receive threatening calls from one of the woman's husbands.

She happy to report that everything has since calmed down and that she doesn't hate pudding.

"Pudding cups really aren't that bad, but if my imaginary son is carrying the team on his back, he deserves more than vanilla tapioca," she joked.

She explained to ABC11 that the whole situation was funny because she and her husband had just had a conversation surrounding soccer.

"It's crazy because the day before my husband and I were discussing what sports our future kids might play," she explained. "I was like, I seriously hope they don't play soccer because I could never handle those moms. He was saying we have to let the kid pick. So, when I got these texts I was laying around eating ice cream with my dogs and thought ... 'Are soccer moms really as crazy as I think they are?' And I was proved right!"

So far, Rantis Lally's post has been shared more than 15,000 times.