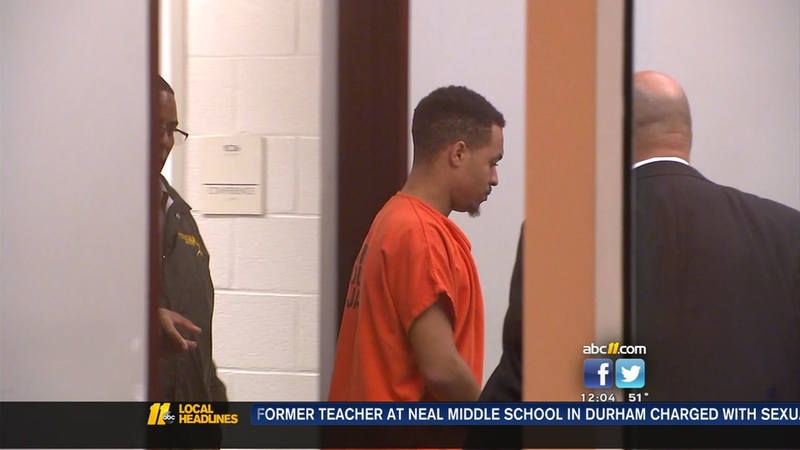 Troy Logan Pickens, 26, of Raleigh was arrested in Rockingham by US Marshals. Pickens is currently a teacher in Wake County at Durant Road Middle School.

The alleged incident happened in February 2015 while he was a teacher. The incident was reported this month, according to police.

A spokesperson from Wake County Public Schools said Pickens was suspended December 13 after district officials learned of the allegations. School officials said they didn't know about the allegations until they were contacted by investigators.

He was charged with statutory rape, committing a sexual offense involving a student, and taking indecent liberties with a child. Bond was raised to $750,000 at a court hearing Wednesday.

"Our students' safety is our highest priority," said Sudderth "We are fully cooperating with law enforcement in this investigation."

WCPSS said they are also fully cooperating with authorities.

One parent with a student at Durant told ABC11 they would go home and have a talk with their daughter about the situation. She also expressed concern at how Pickens has had multiple jobs that involve working with children.