'The world still cares': Event for Ukraine raises money for paramedics on frontlines of fighting 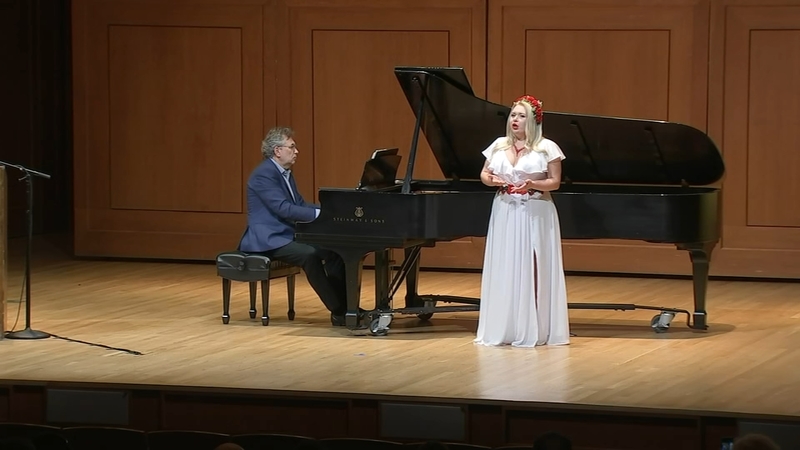 Event for Ukraine raises money for paramedics on frontlines

"Events like this give a much broader, richer representation of Ukraine as a culture and as a people," UNC Department of Music of Chair David Garcia said.

A pianist and singer performed works from 19th and 20th century Ukrainian composers inside Moeser Auditorium. In the rotunda outside, Ukrainian flags were placed throughout as organizers collected donations to purchase and deliver medical equipment to frontline paramedics.

"I am going to dedicate this concert, this event to them, because one was wounded already and he's been asked to come from the hospital to the frontline again and to this area where they are fighting now," said pianist Dr. Taras Filenko, speaking of his nephews fighting for the country.

Filenko is originally from Zaporizhzhia, and spent much of his life in Kyiv before moving to the United States. He is in constant contact with loved ones still in the country.

"It's very hard when you're in the subway sleeping on the marble floor without water and supplies and not to talk to someone outside," Filenko said.

Outside economic assistance, he discussed the value of emotional backing.

"It's very important to them to know that the world still cares, still cares very much," Filenko explained.

He's performed elsewhere in the United States, sharing what he's heard from those in Ukraine, trying to keep attention on the ongoing conflict which has killed thousands of people and displaced millions more.